Nigerian blogger and entrepreneur, Linda Ikeji is thankful, happy and in a celebratory mood as she turns 41 today September 19.

The mum of one shared new photos of herself on her Instagram page to celebrate her special day. 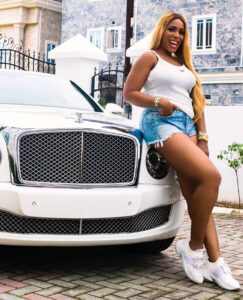 ”Happy birthday to this dynamite!

I am alive. I am healthy. I am happy. I have conquered. God has been so good to me. I am grateful!

Was trying to be a little sexy for my birthday, hope I succeeded!

Thank you all so much for all your well wishes. Kisses!” she wrote. 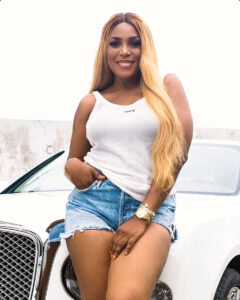 Below are 10 things Nigerian women should know about Linda Ikeji:

2. She is a blogger, author, entrepreneur and former model. She is known for posting some controversial publications on her blog.

3. Ikeji was born and raised in a Catholic family from Nkwerre, Imo State, Nigeria. 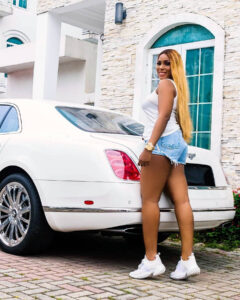 5. She finished secondary school at the age of 17 and at 18, enrolled at the University of Lagos where she studied English language.

6. To assist her family and support herself through school, she had part-time jobs as a waitress, model and writer.

7. She graduated from the University in 2004. In 2006, she started blogging as a hobby. At that time, the internet was not as prominent in Nigeria and she had to make her posts at a cyber cafe. 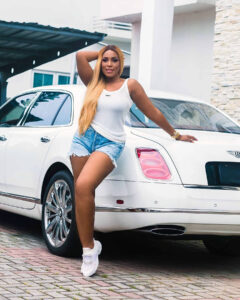 8. She became an active blogger in 2007 using a blogger sub-domain lindaikeji.blogspot.com and later obtained her domain www.lindaikejisblog.com.

9. Linda Ikeji revealing that she was pregnant was quite controversial as several ladies who looked up to her were disappointed at the fact that she preached celibacy and went ahead to get pregnant.

10. The blogger revealed that she and her son’s father Sholaye Jeremi are not suitable partners. She took to her blog to detail reasons why her relationship with her son’s father, whom she met in December 2015, didn’t work out as expected. 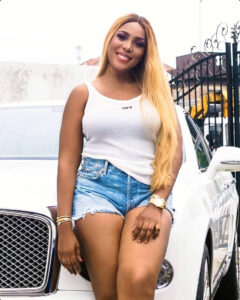 Linda Ikeji was interviewed by BBC on their Focus on Africa programme. The interview aired on 25 September 2012.

On 22 August 2016, she announced the creation of her online TV network, Linda Ikeji TV alongside other brands she was establishing.

Linda Ikeji TV airs a variety of programmes ranging from talk shows, reality shows, TV series to Movies. The Network both produces some of its programmes and also buys TV contents

On 8 August 2018, Linda Ikeji was among eminent personalities drawn from different countries across multiple disciplines who were conferred with Honorary Doctorate Degree from Trinity International University in Georgia for her outstanding job in Business and Media in Africa.

Businesswoman arrested for pouring hot water on her…

10 things women should know about blogger Linda Ikeji as she…

10 glaring signs you are not over your ex