Nollywood Actor Kenneth Okonkwo said that a man does not need to date a lady for years to know if she is marriageable or not.

According to him, men certainly know what they want from a woman even before they approach her. He wrote:

”Absolutely no man needs to date you for years to know if you’re marriageable or not. Men almost certainly know what they want from a woman even before they approach her.

My advice to ladies looking to find life partners is this: always be yourself. Make sure you’re happy and enjoying the relationship and not pretending so as to please the man you’re dating.

If it’s not you, it’s not you and there’s absolutely nothing you can do about it. It’s not about you. It’s about him and where he’s placed you in his heart. 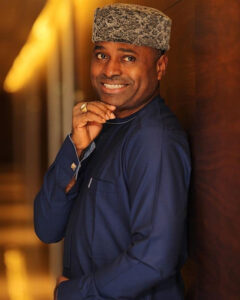 Kenneth Okonkwo was born on November 6, 1968. He is a Nigerian actor, popularly known for his role in the movie Living in Bondage as Andy Okeke.

In 2013, he won the African Movie Academy Award on a Special Recognition of Pillars of Nollywood.

In 2015, Kenneth Okonkwo was given a special recognition award by the organisers of the City People Entertainment Awards for his contribution to the growth of entertainment in Nigeria.

Kenneth Okonkwo has enjoyed a successful acting career that has lasted for close to three decades now. He is among the pioneers of the Nollywood industry.

Kenneth Okonkwo appeared in Ripples, a soap opera that aired on NTA for five years. In the soap opera, he played Captain John Mark.

However, his presence in the entertainment scene was not noticeable until he portrayed Andy Okeke in Living in Bondage: Breaking Free, which was his first movie.

“Jealousy” “Nne, Were you married a virgin?” – Viral virgin Nigerian wife clashes with a Facebook user

You don’t owe anyone your virginity, what you do with your body is your business

Catholic bishop steps down after falling in love with…

Effects of female genital mutilation on women and young…