Angel is the kind of woman who’ll walk out of her marriage after just two days – BBNaija star, Cross says

Cross, one of the housemates who took part in the just concluded Big Brother Naija reality show, has said his former housemate, Angel, lacks the tendency to stay in love with one person for a long time.

He made this known during their media rounds.

While they were both granting a radio interview, they were asked about their relationship in the house and about the future.

Cross responded and said that he doesn’t think Angel can stay in a relationship with one person for long. 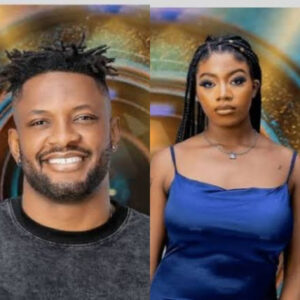 Cross added that Angel is the type  of woman who will leave her marriage without notice just two days after their wedding.

Angel is seen smiling as Cross expresses his opinion about her.

Two days ago, Titi, the mother of former Big Brother Naija housemate, Angel replied a troll who said she didn’t give her daughter ‘proper upbringing’.

The mother of one had asked her followers to ask her any question during a question and answer session on her insta-stories, when an Instagram follower asked, “Why didn’t you give a good home training?”

In response, Titi knocked the troll off. “Perfect human, when you born your own train am well and stop judging”, she replied. 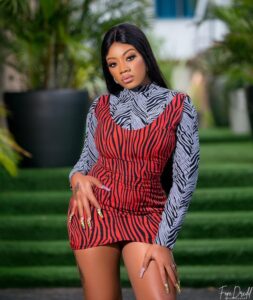 Titi also confirmed that she had her daughter at age 16 as Angel had claimed in Big Brother’s house.

Speaking on how she’s handling her new status as a celebrity mum, she said, “Handling it very well”.

Recall that the 21-year-old former housemate, Angel Smith revealed that her mother gave birth to her as a teenager.

She first made this revelation in a conversation with Boma. Angel was chatting with Boma when he asked her who was handling her social media pages outside the house.

While she confirmed that her dad is young Angel revealed that her mum had her when she was sixteen.

#BBNaija: “I don’t want to wake up tomorrow and start looking for you in this house”…

If a man loves you, you will know