Ramadhane was appointed to the post after Kais Saied, who became president two years ago, dismissed her predecessor in July and suspended parliament.

Kais Saied justified his actions as temporary measures to help in tackling the country’s economic crisis and COVID-19 emergency. 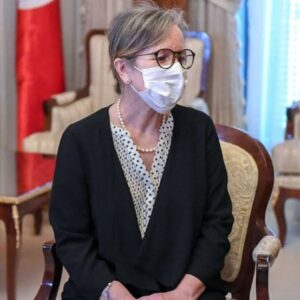 However, since then, coronavirus cases in the country have tailed off, while Saied — a former professor of constitutional law has continued pushing for more unilateral power that his opponents view as a coup.

She will leave her current post as director general in charge of quality at the Ministry of Higher Education and Scientific Research, where she is overseeing World Bank programs, the news agency said.

Ramadhane’s appointment appears to be aimed at placating critics of Saied, who has been under pressure at home and abroad to form a new government in the North African country, which was at the epicenter of the Arab Spring uprising in 2011 and the first to throw off an authoritarian leader in favor of democracy. 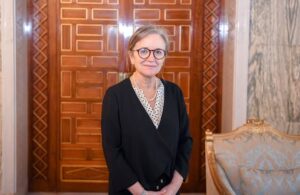 Najla Bouden Ramadhane was born in 1958 in Dar Chaabane El-Fehri  and was raised in Kairouan. She is an engineer by profession and a professor of higher education at the National Engineering School of Tunis at Tunis El Manar University, having specialized in geosciences.

She has a Ph.D from the Ecole Des Moines de Paris in earthquake engineering. Her work has focused on seismic hazards in Tunis.

Before her current position as Prime Minister, Najla Bouden Ramadhane had held senior roles at the Tunisian Ministry of Higher Education and Scientific Research, including as part of the $70 million World Bank-funded program “PromEssE” to reform and “modernize” university education in order to help alleviate widespread unemployment among Tunisian graduates, a major social issue in the country.

10 types of women men need in their lives