Dr. Hadiyah-Nicole Green is known for the development of a method using laser-activated nanoparticles as a potential cancer treatment.

She is an American medical physicist and one of 66 black women to earn a Ph.D. in physics in the United States between 1973 and 2012.

She is also the second black woman and the fourth black person ever to earn a doctoral degree in physics from The University of Alabama at Birmingham.

Below are 10 things Nigerian women should know about Dr. Hadiyah-Nicole Green: 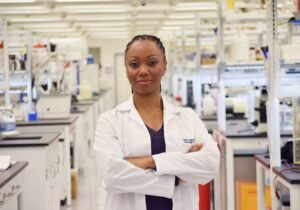 1. She was born in St. Louis, Missouri in the United States.

2.Green was orphaned at a young age and raised by her aunt and uncle in St. Louis, Missouri.

3. She was the first in her family to attend college.

4. After her high school graduation, Green attended a summer program in computer science at Xavier University of Louisiana.

5. Hadiyah-Nicole Green received a full academic scholarship to Alabama A&M University, where she earned her bachelor’s degree in Physics with a specialization in Optics and a minor in Mathematics in 2003. 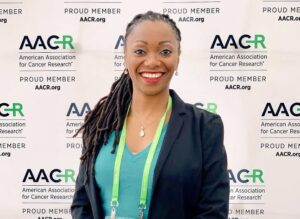 6. Her experiences at Xavier and Alabama A&M led her to become a strong advocate for Historically Black Colleges and Universities (HBCUs) by giving her a chance to get to know herself and develop as her own person.

7. It was after an internship at NASA that Green realized the potential use of laser in cancer research. She wanted to use her background in lasers to target cancerous cells without hurting healthy cells. Specifically, she developed a method using lasers are used to “illuminate” the nanoparticles to create an image of cancerous cells and decrease the amount of time it takes to target these cells.

8. Following graduate school, Green became an assistant professor at Tuskegee University in the Department of Material Science and Engineering.

9. In 2016, she was recruited to Morehouse School of Medicine in the Department of Surgery and received a $1.1 million grant from the Veterans Affairs Historically Black Colleges and Universities Research Scientist Training Program to advance her laser treatment.

10. In 2016, Green founded the Ora Lee Smith Cancer Research Foundation in memory of her aunt. The goal of the foundation is to advance cancer treatment so that it is effective with minimal side effects. The non-profit foundation also aims to make cancer treatment accessible and affordable for all. 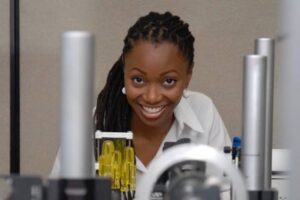 Hadiyah-Nicole Green dedicates much of her spare time to speaking to and mentoring young black students.

She has won some awards, they include:

1. Key to the City and the Historic Icon Award, City of Selma, Alabama.

Why ladies should avoid men who send mixed signals

Marriage is not a reward for well behaved women

Busola Dakolo is not only fighting Pastor Fatoyinbo,…