Popular Nigerian media personality, Toke Makinwa is the anchor of this year’s season of the Gulder Ultimate Search show and since the show started, a lot has been said about her job as a host.

Some people believe she’s not the right woman for the job while others insist that she should be allowed to prove herself in a different terrain.

Before Gulder Ultimate Search stopped airing some years back, fans were used to hosts like actors, Bob Manuel, Chidi Mokeme anchoring the show and as such, have somewhat required Toke Makinwa to live up to their standards as host of the show this season. 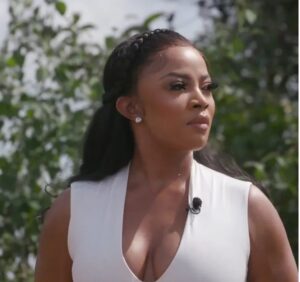 However, there’s been more criticisms than praises heaped on the media personality with many people questioning why she was chosen to host the show when she doesn’t have the charisma for it.

As the show airs its weekly episodes every weekend, there’s been one criticism or the other about her. She recently replied someone who questioned her choice of appearance while hosting the show.

According to the tweep, Toke had too much going on in her appearance and appeared as if she was auditioning for the show and not hosting it.

But trust Toke Makinwa to respond accordingly to people who criticize her work and professionalism. She gave it back to the person. 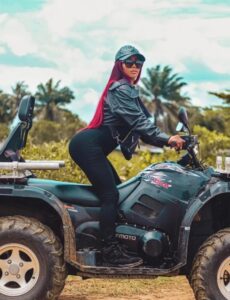 Toke Makinwa said: Last I checked, she’s not a contestant but the host of the show. Focus on her hosting abilities and less on her physical appearance.

Following the announcement of Toke Makinwa as anchor for the 2021 edition of Gulder Ultimate Search, themed “The Age of Craftsmanship” the vlogger has received some backlash from Nigerians who believed Kate Henshaw would have been a better choice because of her physique.

Men and women were on different social media platforms asking that Toke Makinwa be dropped for someone who can do the job better.

#BBNaija: “I don’t want to wake up tomorrow and start looking for you in this house”…

10 things you should know about Nollywood actress Damilola…