Sex therapist and aphrodisiac seller, Jaruma, has responded after she was called out by actress Regina Daniels.

Jaruma and Regina, who have enjoyed a great relationship in the past, going by the videos they shared of each other, had a falling out after it was revealed that Regina’s co-wife, Laila Charani, has divorced from their husband, Ned Nwoko.

A number of people who reacted to the divorce credited the power of Jaruma’s product as they insinuated Regina Daniels used the kayanmata products to have Ned Nwoko all to herself. 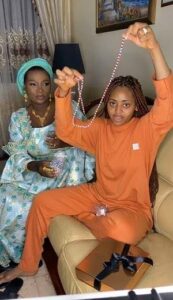 Regina then released a statement, accusing Jaruma of using the incident to promote her “selfish desires”.

“I will not tolerate Jaruma using this issue that practically portrays me as a bad person for her selfish desires knowing fully well I have never and will never use whatever she sells as I have no reason to.”

Regina insisted that despite influencing for Jaruma’s brand and posting the products on her Instagram, she has never used it.

In response, Jaruma accused Regina Daniels of collecting 10 million Naira to influence for her brand since she was in the spotlight before marrying an older man only to post just three times in six months. 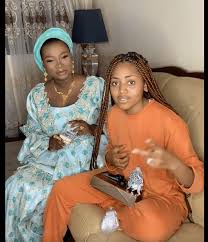 Jaruma added that she had to return to Nigeria from Dubai to get Regina to begin posting her products based on their agreement.

She then went further to list all the monetary gifts she has given to Regina Daniels and her family.

Today, I will post ALL & EVERY single video of u that I have been keeping as content to be posted gradually

I will post everything today SO THAT TOMORROW U WILL NOT SAY JARUMA IS USING U EVERY SINGLE OPPORTUNITY TO CREATE CONTENT.” 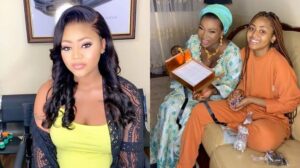 R u serious right now? So Why didn’t u also tell the world the A whooping N10,000,000 Ten Million naira price?

U must be joking Gina. Jaruma & Regina were friends for a year before Jaruma paid Regina N10,000,000 Ten Million just for the purpose of visibility & reaching more audience since Gina was in the spotlight for marrying a much older Man.

Maybe because Gina felt Jaruma is in Dubai & so she can just do anyhow. Therefore Jaruma flew in from Dubai just to make Gina post at least 3 times a week.” 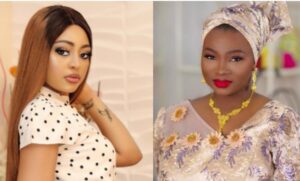 U gave my baby 1k dollars I gave ur Mum 1 million Naira on her birthday.

I slept by ur side in the hospital when u were sick.

10 ways to get up close and personal with your partner

I hate it when people tell women to fight for their…

I can’t hear you over my seven Olympic medals’ –…