“If your side chic starts living with you, you’ll realise she’s not better than your wife” – Nigerian man tells married men

A Nigerian man on Twitter user has taken time out to educate married men who are having extra-marital affairs because they feel the other woman is better than their wife.

The man known simply as Andy stated in a tweet that men think their side chics are better than the person they are married to, whereas they only have this notion because they are not living under the same roof with said side chic.

According to Andy, their whole orientation would change if the mistress were to be living with the men like their wives do. 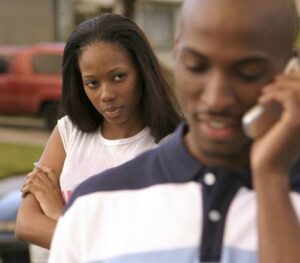 ”Dear Married men, that lady you think is better than your wife is just good because she’s not living with you!”

“I can’t stop saying this, care for your wife the way you would want to be cared for.

Do away with this African mentality that you can treat her however you like jus cos this part of the world applauds it. You are dealing with a human being.

Don’t go about sleeping with everything in skirt with the flimsy excuse that men are polygamous in nature. Respect your wife. Self control is everything.

Build your home with your woman now cos the truth still remains that how you make your bed now will determine how you will lay on it tomorrow. 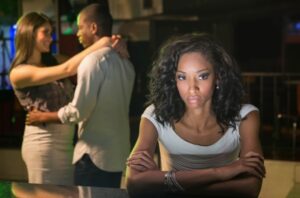 She may be enduring your excesses for now for the sake of her kids, remember there will be old age.

A wife you treat as trash today will end up treating you as trash tomorrow (when you are old). Correct each other with love, learn and unlearn.

Always have a positive mindset about your marriage. Pray that it works at the end of the day.

Do away with the mindset that after all the marriage is more important to one party so you are free to do whatever you like and get away with it as she/he will always endure.

If tomorrow that marriage does not work, it will affect both parties(nobody will be exempted).

Above all, pray together as a family

Leave all these Umuasa highway that are there to milk you dry and move. Gain no dey there o! I don talk my own finish.”

Your wife cheated on you, so what?

5 things you shouldn’t say to someone mourning a loved…