Most Nigerian men lie about their marital status all the time to ladies they want to have affairs with.

The annoying part of these men blatantly denying their wives and children just to have a fling with single ladies is that people have to come to accept it as a normal thing.

When these liars are exposed, you will see men defending them, claiming that they are just being polygamous and that the ladies should have known they were having sex with married men. 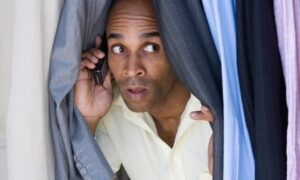 Some of these men even take a step further by proposing to these ladies, doing pre-wedding photoshoot with them and renting apartments away from where their wives and children reside just to cover their tracks.

Below are 10 reasons Nigerian men lie about their marital status:

Lacking the maturity to invest the time, commitment, and energy to work through core issues in their marital relationship is why men lie and cheat.

Most men who lie about their marital status just to cheat don’t respect their wives and their wedding vows. They don’t know what it means to be respectful. 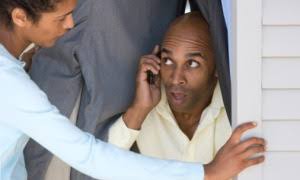 3. There are no repercussions

Nigerian men who lie about their marital status just to have a fling do so because there are no repercussions for their actions. They are excused by the society and their hurting wives are told to pray for them to change.

4. They lie because they want to

Husband lying about being married just to have an affair is not something that just happens, it is a choice that the husband has made. There is no justified explanation for why men do this.

Underneath some reasons Nigerian men come up for lying and cheating on their spouses lies selfishness. Their selfishness trumps commitment, the integrity of character and honoring their wives. 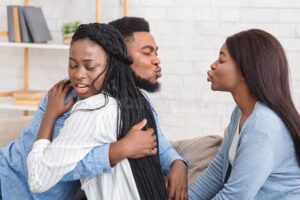 6. They need to boost their ego

Lying about their marital status is based on external validation, the moment the new conquest complaints about anything, the doubts are back with a vengeance and he needs to look for a new conquest, this is why men cheat.

7. They are addicted to s3x

There have been an increase in the number of men who have been diagnosed with sexual addiction. These men go out and lie about being married just to get sexual partners.

When husbands lie and cheat on their wives, they escape from the routine and blandness of everyday life; the life between work, commute, boring weekends with kids, in front of the TV set, or computer. 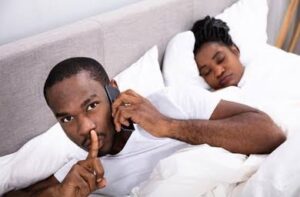 9. They are not disciplined

Men who hide their marital status show sexual indiscipline. It is only an indisciplined man that gives excuses for cheating. Irrespective of their reasons, hiding their status just to get another woman should be considered a criminal act to cheat others.

10. They are influenced by other men

Some men who lie about their marital status just to cheat do so because their friends are doing it. They have been negatively influenced by the men they hang out with. They do this so that they can belong.