In a question and answer session on her instagram page, Cynthia hinted that the ‘help’ davido offered in 2020 was not real.

What’s your issue with Davido, Answer honestly, he was the first artist who tried to reach out to you.

Omo all those levels na wash. I tried to give it a benefit of doubt, played along so make them no talk say I too get pride, but in the end, I was right!

I hope we are done with this particular question, since 2020. Make una let me rest o. 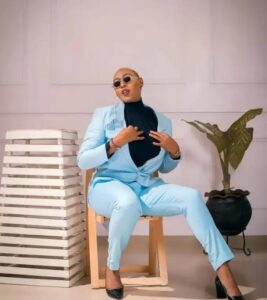 In 2016, Cynthia Morgan lashed out at Davido calling him a F**k boi in new home videos she made and uploaded on Snapchat.

She was asked to explain why she took those jabs in a new interview with Sunday Spice and Cynthia said:

“I do not want to talk about my spat with Davido or shed more light on it because I do not really know what to say.

People who actually care tried to find out what really transpired between us. Davido called me names on Snapchat and I retaliated.When you say something to me, I give it back to you if I do not like it.

Unfortunately, people did not hear my own side of the story before they reached their conclusions. I do not really have any problem or beef with Davido.

He called me names and I called him names too. He started the whole episode by calling me a Malu, which means cow.

I do not tolerate things like that from anybody. I do not know how people came up with the idea that I have a crush on Davido.

I cannot remember ever saying that. I like his music artistry but I do not have a crush on him.”

10 salient questions about women and girls in Kenya answered