A 41-year-old South African woman, Ntomboxolo Xhobane, was viciously stabbed to death allegedly by her estranged husband who refused to accept their separation.

Her family said Ntomboxolo left her husband Simbongile in October after she caught him cheating on her with a neighbour.

The mother of three moved out and rented a flat in Delft, on the outskirts of Cape Town.

Speaking to Daily Voice on Tuesday, November 30, her niece Busiswa Goniwe, said Ntomboxolo was killed because she had had enough of her husband to whom she’d been married for 16 years. 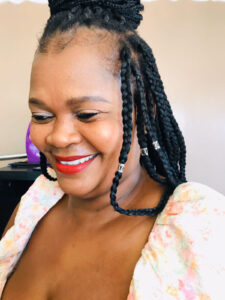 “She found out he was having an affair when she called him a month ago and his cellphone was answered by someone, and then she heard them having sex,” she says.

“The neighbour kept asking why his wife was calling and Simbongile said he would call his wife back when they were done having sex. Ntomboxolo left him.

“Then on Saturday morning, November 27, he was at my house in Kaap Street, he brought the mechanic for my car and Ntomboxolo arrived and they chatted a bit and during the conversation he begged her to go back home. She told him fine, she would go back home because she was tired of refusing him.”

It is alleged that Simbongile left for Khayelitsha and some time during the day, he gave his bank card and pin to his 13-year-old child and told him he was going to jail that day.

“That we heard after he was already arrested, he had called his family and told them that he was going to kill my aunt. Around 4pm on Saturday, he came back to my house armed with a knife and when he didn’t find me and Ntomboxolo here, he patiently waited and even slept here with my husband and children,” explains Busiswa. She said her husband called to warn them that Simbongile was angry and they decided to only go home the next day.

When we returned after 12pm, he seemed normal and he asked to speak to his wife in my bedroom and then a few minutes later my aunt started screaming.”

She saw Simbongile punch her aunt.

“He chased me out and told me that he was going to kill me if I didn’t leave. She kept screaming for my help but I was also scared and then my husband went in and they fought over the bent knife.

“Simbongile went to fetch another knife from my kitchen and then he continued to stab my aunt. I think she was dead already, and then he came out and told us to call the police,” she says.

“A 51-year-old suspect of Khayelitsha was arrested at the scene”  he said.

Woman, you decide what your life will look like

Jeannie Mai and Jeezy Welcome Their First Child Together!