Sylvester Oromoni’s father makes four demands after son’s death, vows not to bury him until they are met

Father of the late 12-year-old student of Dowen College has listed out four things that must be done before he will lay his late son, Sylvester Oromoni (Jnr) to rest.

His son, Sylvester Oromoni (Jnr) died after some senior students at the Dowen College, Lagos, allegedly tortured him because he refused to join a cult group. 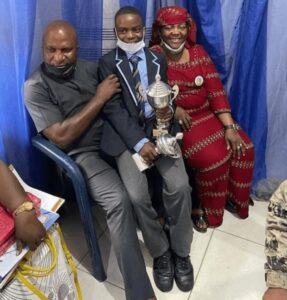 The distressed dad had also said that no matter how long it takes, the family would keep the young boy’s body until all those connected to his death are served justice.

On how his wife was was dealing with the trauma, he said, “She can hear you but she is almost crying. All of us couldn’t sleep. We had to take sleeping pills before we could sleep last night. It has been a really tough time for the family. That boy was our star and light, such a lovely young boy. When I look at the picture I took with him just two months ago when my daughter graduated, it breaks me.” 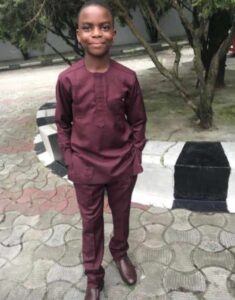 Tacha stated in a video via her Instastory that it should never be swept under the carpet as incidents like this could befall anyone.

“So I just watched the video of that 12-year-old boy that died yesterday, and to be completely honest with you guys, I am devastated. I don’t have energy to do anything.

I just want to know the next cause of actions is. We can’t keep on letting serious issues like this be swept under the carpet. That little boy could have been anybody’s brother here. This case needs to be investigated as soon as possible,” she said.

Don’t let yourself be carried away by fake words from…