Nollywood actress, Uche Elendu has reacted after she was accused on social media of being a bully in secondary school.

The tragic death of Sylvester Oromoni has seen people naming seniors who allegedly bullied them when they were in school.

Some celebrities who have been named as bullies include Uche Elendu, Beverly Osu, and Oma Nnadi.

Beverly and Oma ignored the allegations but Uche responded, revealing that she disciplined juniors who did the wrong things the same way seniors disciplined her. 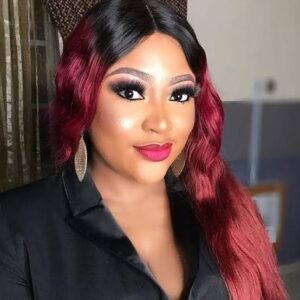 Uche Elendu denied being a bully but said she was a strict senior.

Read her response below:

Haaaa God have mercy! 22 years after…The exaggeration tho. Please, who is your sister? I will like to give her a big hug and apologize for probably punishing her for being at the wrong place at the wrong time, or disobeying the school rules.

Who is a bully? I know I was a strict senior back in school but I didn’t punish unjustly neither did I inflict injury on my juniors or beat them up because the school was totally against that.

Boarding schools should just be scrapped, I went through the same drilling from my seniors but I can’t call that bullying. Haaaaa, me that they will knock on the head and I will see 1 million stars in 5 seconds. 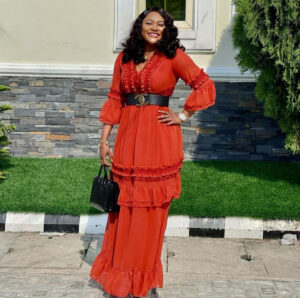 Cos really juniors cant escape being sent on errands or punished, I bet your sister and all the juniors I punished didn’t also perform their duties as prefects and seniors in their time.

Uche Elendu was born on July 14, 1983. She was described as one of the most consistent faces in the Nigerian movie industry from her debut in 2001 up until 2010 when she took a break from the Nigerian entertainment industry.

Although now divorced, Uche Elendu got married to Walter Ogochukwu Igweanyimba in January 2012 and they have two daughters.

“You are not fit to be called a mother” – Elizabeth Jack-Rich lambastes Dowen College’s Director, Lami Phillips

Bre Tiesi Opens About Her ‘Beautiful Relationship’ With Nick…

This is not what forgiveness means

8 things Mo Abudu did in 2018 that brought her success