Star Anise: Everything you need to know about this super spice

Star anise is actually the hard pericarp of the fruit of the star anise tree, which is scientifically known as Illicium verum.

Native to Southeast Asia and parts of China, this hardened fruit can be ground into a valuable powder to be used as a spice or even used whole in certain preparations and dishes.

This star shaped spice is highly desired due to its active chemical compounds, particularly those found in star anise oil.

This herb also contains a compound called shikimic acid, which is a very important part of anti influenza medications around the world. 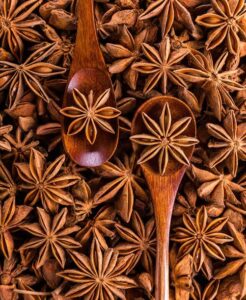 Star anise contains a high level of antioxidants, such as linalool, quercetin, thymol, terpineol, caffeic acid, anethole, kaemferol, and coumaric acid, as well as a significant amount of iron.

Smaller amounts of Vitamin C, calcium, magnesium and potassium are present in the age long spice too.

Other active compounds and organic acids, such as shikimic acid, fats, and dietary fiber  also provide star anise with some extra health benefits. 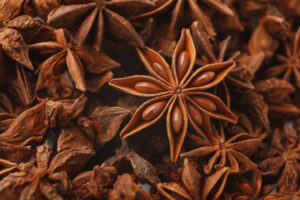 The calorie count in star anise is also quite low, with only 23 calories in 1 tablespoon of whole star anise fruit.

Side Effects of Star Anise

While many people praise this spice for its potential health benefits and antioxidant effects, it is important to consider the various side effects connected to it including drug interactions, hormonal fluctuation, and various allergic reactions:

Drug Interactions – Excessive use of this spice, or the consumption of anise supplements, may lead to interactions or complications with other drugs, such as those used for cancer or hormonal regulation. If you have any prescribed medications, it is best to speak with your doctor before adding star anise to your health regimen. 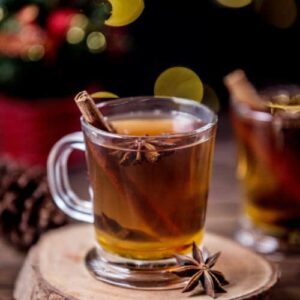 Hormones – The active ingredients in this spice can have an effect on hormones, particularly estrogen levels, which can cause fluctuations in mood and other bodily functions. If you are already struggling with a hormonal disorder, medicinal levels of this spice may not be a wise choice.

Allergies – Many people have varying levels of allergic sensitivity to this spice. Some people will experience mild itching or a rash when topical applications of this spice are used, whereas others may suffer from mild to severe gastrointestinal distress and inflammation when consumed. Speak with a doctor about your allergic sensitivities before using star anise.

Always double check the source of the spice you are purchasing to ensure purity and start with a small amount to avoid adverse reactions.

10 benefits of Star Anise women should be enjoying

Health benefits of Mugwort, uses and side effects

Married men must date single ladies to teach them about…