Coercion is when a person tries to persuade someone to do something by using force or threats.

Reproductive abuse can be a single act, or it can be part of a larger pattern of abusive behaviors. 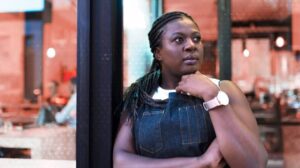 It can include sexual assault, rape, and other abusive actions concerning your sexual and reproductive health.

Below are 15 ways sexually coercive behaviors occur in intimate relationships. It is when someone:

1. Pressures or forces a sexual partner to have sex when s/he doesn’t want to have sex.

2. Threatens to end a relationship if a person doesn’t have sex.

3. Forces a sexual partner to not use birth control, including a condom, contraceptive pills, or other available options.

5. Retaliates against a sexual partner when told about a positive (STI) result.

6. This abuse can also come in the form of birth control sabotage, like when a person hides, withholds, or destroys a sexual partner’s birth control pills.

7. Replaces or tampers with a sexual partner’s birth control pills without the partner’s knowledge or consent.

8. Breaks or pokes holes in a condom on purpose.

9. Removes a condom during sex without telling his/her sexual partner.

10. Refuses to withdraw during sex, even if he previously agreed to do so.

12. This abuse can also manifest as pregnancy pressure, which is when a person pressures a sexual partner to get pregnant when she doesn’t want to be pregnant.

13. Coerce a woman to continue a pregnancy when she wants an abortion.

14. End a pregnancy she wants to continue.

15. Abandon the child’s mother when they go against what the abuser wants just to punish her for not doing his bidding.

Woman sues her friend for snatching her husband

On the unending housewife versus independent woman arguments

She was making my manhood rise spiritually – Man who…

Why long term courtship is not good for women