Auxillia Banda reportedly killed herself after discovering that her husband stole her money and used it to marry another woman.

The heartbroken Auxillia Banda was from Zimbabwe. She was a mathematics teacher in Madziwa who she left behind four female kids who are in Form 2, Grade 7, Grade 4 and a 2-year-old. 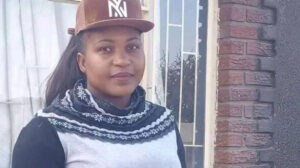 National police spokesman Assistant Commissioner Paul Nyathi confirmed the incident and also disclosed that it is currently being investigated.

“Yes, we can confirm that we have reports of a lady from Madziwa who committed suicide after her husband, a policeman, took her money and used it to marry another woman.”

Breakups are believed to be the No. 1 cause of suicides among young people. What could be more serious as a mental health issue?

In one study, 40 per cent experienced clinical depression following a romantic relationship dissolution; another 12 per cent reported moderate to severe depression.

The rate of nonlethal suicidal behavior is 40 to 60 percent higher in women than it is in men. This is due to the fact that more women are diagnosed as depressed than men, and also that depression is correlated with suicide attempts.

Suicide is a serious public health problem; however, suicides are preventable with timely, evidence-based and often low-cost interventions. For national responses to be effective, a comprehensive multisectoral suicide prevention strategy is needed.

While the link between suicide and mental disorders (in particular, depression and alcohol use disorders) is well established in high-income countries, many suicides happen impulsively in moments of crisis with a breakdown in the ability to deal with life stresses, such as financial problems, relationship break-up or chronic pain and illness.

In addition, experiencing conflict, disaster, violence, abuse, or loss and a sense of isolation are strongly associated with suicidal behaviour.

10 signs you are trapped in a toxic relationship

Ciara and Russell Wilson on the ‘Non-Stop…

7 dangers of wearing fake eyelashes all the time