A Nigerian married man has been accused of brutally beating his side chick who he has a child with.

Obiechina Egbuonu allegedly attacked Grateful Uche Ofoma on December 28 for attending a friend’s wedding in Owerri without his consent.

Grateful Ofoma lives in Enugu with the son she shares with Obiechina. She reportedly had the child for Obiechima after he allegedly hid the fact that he was married from her. 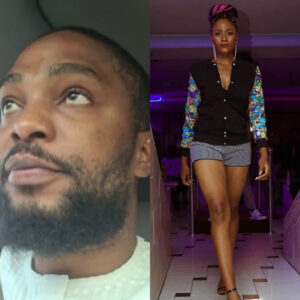 For the Christmas festivities, Grateful traveled to her maternal home in Mbaise. From there, she went for her former secondary school classmate’s wedding in Owerri.

When Obiechina found out, he allegedly travelled from Aba where he lives with his wife and kids, to Owerri to confront his side chick.

The confrontation is said to have turned violent as Obiechina Egbuonu allegedly physically attacked Grateful, leaving her with injuries on her body as seen in some graphic photos shared online.

A side chick is a mistress; a woman one dates in addition to one’s girlfriend or wife, usually in secret.

A side chick’s main responsibility is to keep things fun and exciting. Giving him short answers and acting uninterested will make him wish he were doing something else, or even just hanging out with his main partner.

The main chick is your known spouse, the love of your life and the woman of the house as others may put it. Then there is the infamous side chick who does not care about her partner’s other relationship. All she cares about are the perks that come with being a side chick.

The side chick could be violent, the husband is then put on the defensive, and may decide that he doesn’t want the wife anyway.

The issues of broken trust from the wife’s confrontation may prove insurmountable and wreck the marriage. It’s never a good idea to confront the side chick.

“My mother asked me to kill my younger brother for money…