Symone Sanders, the former chief spokeswoman for Vice President Harris and political commentator is starting 2022 with a new job.

Sanders will be heading to MSNBC to host a weekend programme on the network’s political news channel called The Choice. The new show will air exclusively with MSNBC’s streaming platform Peacock. 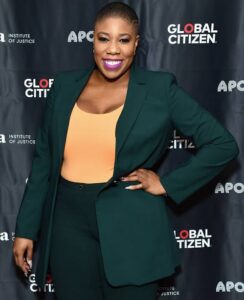 According to PEOPLE, Symone Sanders “is expected to appear across all” of the network’s platforms “including streaming, cable, and digital, and will also occasionally fill in as an anchor” with the new gig. Program dates, names, and details will be announced at a later date, the publication noted.

While speaking to Variety earlier this week, Symone Sanders gushed about her new role with the network, and according to the former White House staff member, this opportunity has been a dream in the making.

“I wanted to be at a network that had an already established record in the streaming world and would have a show on streaming and on linear and was one that wasn’t just an experiment,” Sanders explained. 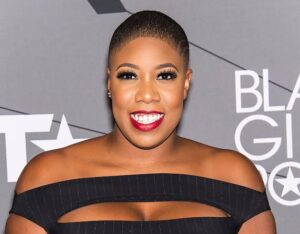 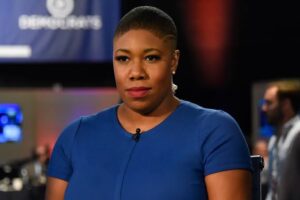 “I’m so grateful to the VP for her vote of confidence from the very beginning and the opportunity to see what can be unburdened by what has been,” Sanders told the outlet. “I’m grateful for [Harris’ chief of staff] Tina [Flournoy] and her leadership and her confidence as well.”

Previously, Sanders worked closely alongside Senator Bernie Sanders during his run for the Oval Office in 2016. Her steadfast politics caught the eye of CNN where she landed a job as a contributor for the major news network prior to joining President Biden’s race for the White House in 2020. Sanders was quickly promoted to Harris’s vice-presidential team upon their big win that year.

During her tenure at the White House, Sanders helped Harris to tackle issues involving migration from Northern Triangle countries while fighting for equitable and fair voting rights.

Why many Nigerian women are living a lie