The Anambra State Governor-elect, Charles Soludo has appointed former Minister of Education, Obiageli Ezekwesili, as head of his transition team.

The governor, who is expected to be inaugurated in March 2022, succeeds the current governor of the state, Willie Obiano.

Soludo, a former Governor of the Central Bank of Nigeria, was declared winner of the November 6, 2021, governorship election in Anambra. 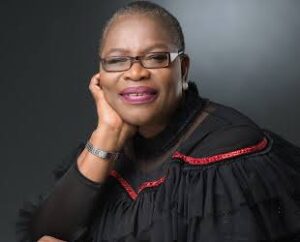 The newly constituted Transition Committee is expected to ensure seamless transfer of power from the outgoing administration of Governor Willie Obiano and midwife the swearing-in of Chukwuma Soludo as governor of Anambra State on March 17, 2022.

Apart from Oby Ezekwesili, who will be heading the committee, other members of the committee include Professor Pat Utomi, Professor Benedict Oramah, Osita Chidoka, Professor Chidi Odinkalu, Dr Alex Otti, Professor Osita Ogbu, Mr Ferdinand Agu, among many others.

Soludo’s media convener, and former lawmaker at the Anambra House of Assembly, Hon. Pauly Onyeka, said Soludo made Ezekwesili the chairman of his governorship transition committee because of her bravery and integrity. 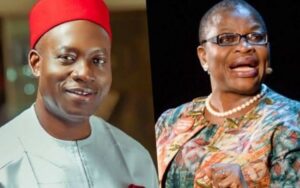 Onyeka said Ezekwesili’s bravery and ability to call a spade a spade will help her to put on the table any issue that may arise from the outgoing government and the incoming government.

“Oby Ezekwesili is somebody that every body knows is very hard working, even if she associates with any political party, she still remains non partisan in character.”

The governor-elect, who contested under the All Progressives Grand Alliance, APGA, defeated his closest rivals, Peoples Democratic Party’s Valentine Ozigbo and All Progressive Congress’ Andy Uba had 43,285 votes. 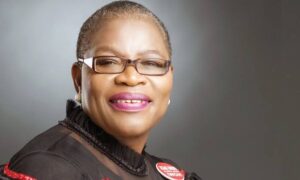 There is currently no official statement regarding the appointment of Oby Ezekwesili. However, according to Peoples Gazette, the transition team would be inaugurated on January 20, 2022

Oby Ezekwesili, a former presidential candidate in the 2019 general election. She  earned a worldwide reputation as a social justice crusader after she led the #BringBackOurGirls campaign launched after 276 female students were abducted on April 15, 2014, by Boko Haram terrorists in Chibok town, Borno State.

Oby Ezekwesili is an economic policy expert, an advocate for transparency, accountability, good governance and Human Capital Development, a humanitarian and an activist.

Zendaya Mourns Ronnie Spector Ahead of Playing Her in Movie: ‘I Hope to Make You Proud’

Dear woman, avoid people who mess with your head and…

Nigerian woman thanks God for sending her husband after she…