Ronnie Spector, the iconic Ronettes vocalist known as the “original bad girl of rock ‘n’ roll,” has died of cancer at 78.

The pop star found fame with hits such as Be My Baby, Baby I Love You and Walking in the Rain as the trail blazing lead singer of the 1960s all-girl group.

A statement from her family said she passed away at age 78 “after a brief battle with cancer”.

“Ronnie lived her life with a twinkle in her eye, a spunky attitude, a wicked sense of humour and a smile on her face,” the statement said. 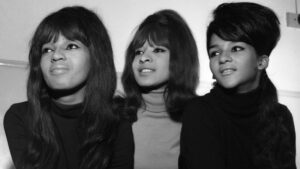 “She was filled with love and gratitude. Her joyful sound, playful nature and magical presence will live on in all who knew, heard or saw her.”

Born in 1943 in Manhattan as Veronica Yvette Bennett, Ronnie Spector shot to fame aged just 18 while performing with her older sister and cousin.

In 1957 she formed the girl group the Darling Sisters, known later as the Ronettes, with her older sister Estelle Bennett and cousin Nedra Talley. “The Ronettes were my sister and my first cousin,” she told Yahoo Entertainment in 2016. “It was a blood sound that was different than all the other girl groups.”

With their beehive hairstyles and liberal use of mascara, the multi-racial group caught the attention of record producers while performing in New York clubs.

In 1968, she wed Phil Spector, who pioneered the “wall of sound” recording technique. They were married for six years and adopted three children together before their divorce. 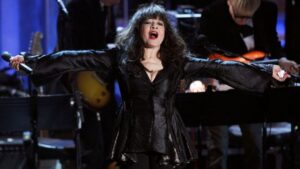 It was under him that the group recorded smash hits like Be My Baby, Walking In The Rain and Baby I Love You.

But he was violent and abusive.

In her memoir, Spector wrote that Phil kept a coffin in the basement of their house to let the singer know that he would kill her if she left him. In 1972, she escaped their house barefoot.

The Ronnettes later sued the producer for unpaid royalties. He died in prison in 2021 while serving a murder sentence.

Be My Baby also made the UK’s top five, and Spector’s vocal style influenced everyone from The Rolling Stones to The Beatles. The latter hand-picked The Ronettes to join their US tour in 1966 but a jealous Phil Spector wouldn’t let Ronnie go, and the band played the dates without her. 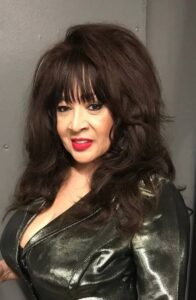 After escaping her abusive marriage, the singer recorded a cover of Billy Joel’s Say Goodbye to Hollywood with Bruce Springsteen’s E Street Band; and was introduced to a new generation of fans when she contributed vocals to Eddie Money’s Take Me Home Tonight in 1986.

Be My Baby was also used in the opening sequence of films Dirty Dancing and Martin Scorsese’s 1973 Mean Streets; and The Ronettes were inducted in the Rock and Roll Hall of Fame in 2007.

Spector’s final record was 2016’s English Heart, in which she covered classics by her 1960s contemporaries, including The Kinks’ Tired Of Waiting and Nina Simone’s Don’t Let Me Be Misunderstood.

Ronnie Spector was born Veronica Yvette Bennett in Washington Heights, Manhattan, the daughter of an African-American-Cherokee mother and Irish–American father. Bennett and her late sister, Estelle Bennett were encouraged to sing by their large family.

Study reveals women do better when they have a group of…

“If you’re dating a man because he has money, it’s…

Wendy Williams Celebrates with Her Dad on His 91st Birthday