Federal investigators allege Mosby, 41, used money from COVID-related loans to purchase two vacation homes in Florida. They say the Democrat falsely claimed under penalty of perjury that she experienced adverse financial consequences from the pandemic in order to withdraw money from her city retirement account under relaxed restrictions. 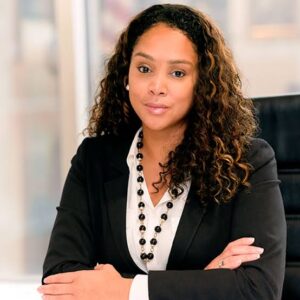 Usually, those 457(b) plans, which are exclusive to state and local employees, cannot be touched until an employee leaves their job. The 2020 CARES Act allowed Baltimore City employees to make withdrawals from this type of retirement account if the pandemic affected their income.

According to charging documents, Mosby in May 2020 requested a one-time withdrawal of $40,000 from her city retirement account, falsely certifying under penalty of perjury that she had experienced financial hardship as a result of “being quarantined, furloughed or laid off,” “having reduced work hours,” “being unable to work due to lack of child care” or “the closing of reduction of hours of a business I own or operate.” 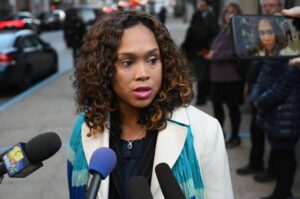 Mosby received $36,000 in withdrawal money and put it toward a down payment for a vacation home in Kissimmee, Fla. The indictment alleges that she lied in order to lower the mortgage’s interest rate.

She purportedly told lenders it would serve as a second home, but a week earlier had signed an agreement with a vacation home management company to list the property for short-term rentals.

Marilyn Mosby and her husband, City Council President Nick Mosby, have been under federal investigation since at least February 2021, when the FBI issued subpoenas tied to their financial records. 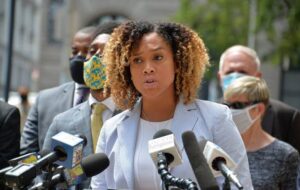 Cumming’s OIG report faulted her, but City Solicitor Jim Shea said in a legal opinion that the city’s policy on third party travel funding was unclear.

Marilyn Mosby was elected as Baltimore’s top prosecutor in 2014. She charged police officers for the 2015 death of Freddie Gray, which expanded her national profile as a self-described progressive prosecutor; those charges were dropped in 2016.

The Democrat was reelected to a second term in 2018. She is up for reelection this cycle.

Drew Barrymore Reveals That She’s Not Ready to Date as a Single Mom: ‘I Don’t Want to Bring People Home’

Women are not properties to be acquired

Evil father and son raped teenage girl for years till she…