On her Instagram Story Thursday, the 29-year-old model’s sister Aurora Culpo said that airline officials asked her sibling to “cover up” before boarding their flight Thursday. The Culpo sisters were flying to Cabo San Lucas, Mexico with Olivia’s boyfriend Christian McCaffrey. 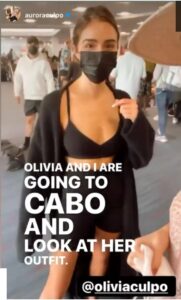 “Olivia and I are going to Cabo and look at her outfit,” Aurora said, panning the camera to her sister, who was wearing a long black cardigan, sports bra, biker shorts and a face mask. “She looks cute. She looks appropriate. No.”

“They call her up to the desk and tell her that she needs to put a blouse on, otherwise she can’t get on the plane,” she continued in the clip, which Olivia shared to her own Instagram Story. “Tell me is that not so f—ked up.”

Later, the Sports Illustrated cover girl put on a gray hoodie over her outfit, and the trio made it on to the plane. 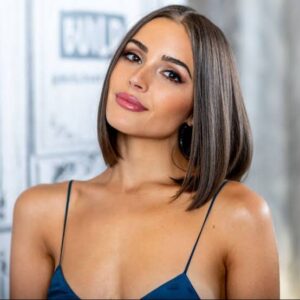 Poking fun at what the airline allegedly thought was inappropriate, Aurora posted a snapshot of how to shop a similar outfit to her sister’s.

“Get kicked off @americanair starter kit,” she joked, continuing to joke about the pre-flight fashion police while on the plane

Sharing a shot of the Carolina Panthers player, 25, with his arms tucked into his T-shirt, apparently for warmth, she wrote “When you freeze bc ur lady dress inappropriate AF. Exactly how Jack from the titanic died. LMAO.” 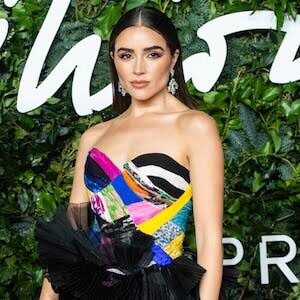 Olivia Culpo is an American fashion influencer,  social media personality, and actress. After winning the Miss Rhode Island USA, competition, she went on to be crowned Miss USA, and then Miss Universe in 2012.

Olivia Culpo was raised in the Edgewood neighborhood of Cranston, and is of Italian descent with some Irish ancestry from her mother’s side.

In order for good things to come your way, you have to…

I was the girl that always imagined being a wife &…

Nigerian women can do anything for marriage including…