Zendaya Mourns Ronnie Spector Ahead of Playing Her in Movie: ‘I Hope to Make You Proud’

Zendaya, who was cast to play Ronnie Spector in an upcoming biopic, paid tribute to the Ronettes legend a day after the singer’s death.

Spector, the lead singer of the legendary girl group the Ronettes, died Wednesday at age 78 after a brief battle with cancer.

On Instagram Thursday, Zendaya — who is set to portray Spector in a movie about the musician’s life — honored her and shared a candid selfie she took with Spector in December 2018. 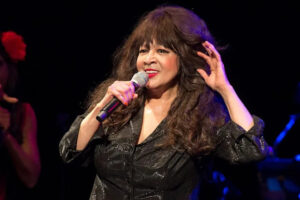 “This news just breaks my heart,” wrote the Emmy-winning actress. “To speak about her as if she’s not with us feels strange as she is so incredibly full of life. There’s not a time I saw her without her iconic red lips and full teased hair, a true rockstar through and through.”

“Ronnie, being able to know you has been one of the greatest honors of my life,” continued Zendaya. “Thank you for sharing your life with me, I could listen to your stories for hours and hours. Thank you for your unmeasured talent, your unwavering love for performing, your strength, resilience and your grace. There is absolutely nothing that could dim the light you cast.” 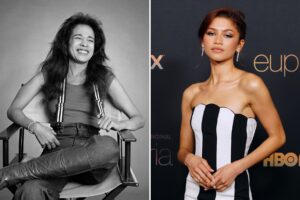 The Dune actress added, “I admire you so much and am so grateful for the bond we share. You are a magical force of greatness and the world of music will never be the same. I wish everyone got to experience you the way I did.”

“We celebrate your beautiful life and give you all the flowers you so rightfully deserve. Rest in great power Ronnie,” Zendaya concluded. “I hope to make you proud.” 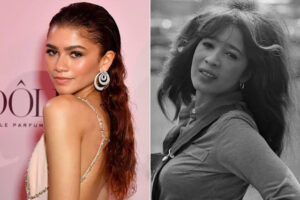 Zendaya’s upcoming biopic will be based on Spector’s autobiography Be My Baby, which the singer co-wrote with Vince Waldron, as reported in September 2020. According to Variety, Spector hand-picked Zendaya to play her in the A24-produced movie, and she was serving as an executive producer on the project.

Her family asked that in lieu of flowers, and per Spector’s request, donations be made to local women’s shelters or to the American Indian College Fund. They also noted that a celebration of her life will and music will be announced in the future.

“If my husband cheats on me, I will change my ways and pamper him to love me again” – Counsellor, Charlotte Oduro tells wives