On a recent episode of The View, co-host Whoopi Goldberg shared her unbridled opinion on Maya Angelou being minted on the United States quarter.

According to the award-winning actress, Angelou receiving recognition in any capacity is the poet’s rightful honor. Still, America can and should do more to highlight the Black women who’ve enriched our country’s history.

“I want to point out that, not too long ago, we were expecting to have Harriet Tubman gracing the $20 bill, remember that?” Goldberg told her co-hosts on the Jan. 11 episode of the daytime talk show. 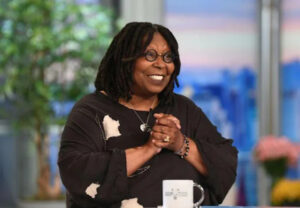 “But now it looks like the price has been slashed to a quarter, because now we have Maya Angelou on a quarter,” she said, adding, “And having Maya anywhere is a magnificent thing. But come on, America! You don’t think this is gonna make folks feel a little bit uncomfortable? We were on a $20 bill and now you have all of these powerful women, and you put them all on quarters? Come on!”

Earlier this week, Angelou became the first Black woman to be featured and distributed on a U.S quarter thanks to the American Women Quarters program.

On social media, many agreed with Goldberg’s take. With the slew of social and institutional reforms citizens wish would be implemented, some believe Angelou’s recognition on a U.S. coin should have taken a backseat on the government’s priority list.

View some of the Twitter commentary circling Angelou’s quarter down below.

Daniel Kaluuya @WrittenByHanna
Maya Angelou was a survivor of sexual violence that left her mute most of her childhood. Writing gave her her voice back. She was a sex worker, a poet, a director, an actress. She was a force beyond anything that can be captured by state iconography that renders her voiceless.
We have a Maya Angelou coin. An Ida B Wells barbie doll yet poor Black women are experiencing the brunt of this pandemic and overall societal collapse. Representation feels like nothing but a bandaid placed over a bullet hole.
Advertisements
AmericaMaya AngelouWhoopi GoldbergWomen
0
Share

People that send friend requests to other people’s…

To be successful, women should do away with societal…

10 ways to handle shame as a woman

10 things women can do to improve their health