Betty White would have been celebrating her 100th birthday today. In honor of that occasion, Google is celebrating the actor’s life.

If you type White’s full name into the company’s search engine and you’ll be treated to a special graphic. “Thank you for being a friend,” the tribute reads, referencing White’s most famous role, as rose petals fall from the top of the screen. 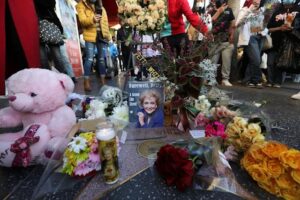 Betty White passed away of natural causes at the age of 99 on December 31st. White’s decades-long career was full of highlights that included starring roles on popular sitcoms like The Mary Tyler Moore Show and The Golden Girls.

In 2010, Betty White also hosted Saturday Night Live at the age of 88.

On what would have been her 100th birthday, the beloved TV legend Betty White is being remembered with online tributes, special screenings and animal charity challenges. 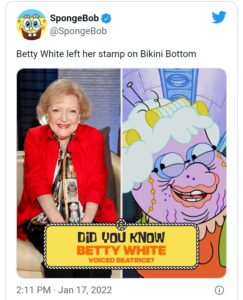 The Cincinnati Zoo even named a newborn penguin in her honor, calling the blue penguin chick “Rose” after White’s Golden Girls character. “We think Betty would approve,” the Zoo tweeted.

In fact, animal rights and charities are a common theme in the White tributes, honoring the actress’ longtime championing of the cause.

“In honor of the late, great Betty White,” tweeted actress Bernadette Peters, “we ask that you participate in the #BettyWhiteChallenge by donating to Broadway Barks. 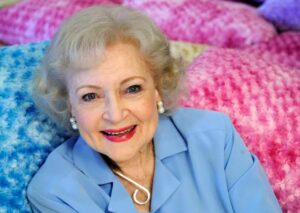 Funds raised will be distributed amongst our network of 40+ animal shelters and rescue groups. RIP Dear Sweet Betty! Woof Woof.”

On Twitter, networks, programs and various organizations – including the ASPCA, the Library of Congress, Jeopardy! and The Bold and The Beautiful – are remembering White with clips and photos from appearances and performances.

“Life is precious, and so are the friends that we meet along the way. Happy Heavenly Birthday tomorrow Betty White! You will always be treasured!”

10 things women shouldn’t do if they want to retain…