Kelly Rizzo is remembering how kind her late husband Bob Saget was to everyone. She spoke of Saget’s kindness and love for others.

She spoke with Today‘s Hoda Kotb, which will air in full on Thursday, Rizz, 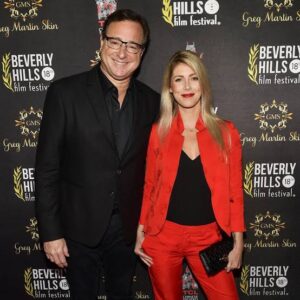 “It was still the same. He was there to just enjoy life. And he just wanted to make people feel good,” Rizzo responded.

“I mean, if we went to a restaurant, he would talk to all of the waiters, the waitresses. He knew all the hosts. Everybody knew him and loved him. And his constant message was ‘just treat everybody with kindness‘ because he had gone through so much in his life, and he knew how hard life could be,” Rizzo continued. 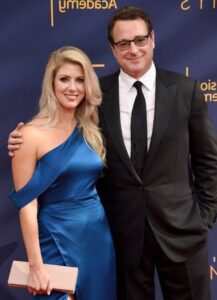 Saget died suddenly at age 65 on Sunday. His body was found in his hotel room at the Ritz-Carlton in Orlando, Florida, following a stand-up performance outside of Jacksonville the night prior.

Bob Saget met Kelly Rizzo in 2015 and wed three years later in 2018, spoke to his wife “in the early morning hours on Sunday” after his stand-up show.

Saget “was so excited coming off of a great show and he sounded really happy. He was scheduled to fly home the next day,” the source said. When Rizzo didn’t hear from him on Jan. 9, she called the hotel and security was sent up to the room. 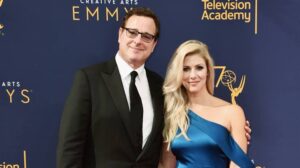 Later that day, the Orange County Sheriff’s Office confirmed Saget’s death in a statement on Twitter after deputies were called to the hotel just after 4 p.m. local time.

Following his death, Kelly Rizzo released a statement which read: “My whole heart. Bob was my absolute everything,” she shared. “I am so completely shattered and in disbelief. I am so deeply touched by the outpouring of love and tribute from our friends, family, his fans and his peers.”

Kelly Rizzo is an actress, host and executive producer. After spending five years working in real estate, she created the web series Eat Travel Rock TV, in 2013, during which she interviews chefs, celebrities and more. She grew up in Chicago, Illinois, but has since moved to Los Angeles.

Amara La Negra Reveals The Father Of Her Twins Is Allan…

The length of marriage doesn’t make it successful

I left my abusive marriage with N200 and four children but…