Yvette Mimieux, who found stardom in the early 1960s portraying delicate, fragile women in “The Time Machine,” “Where the Boys Are” and other films, died on Monday night at her home in Los Angeles. She was 80.

Her death was confirmed by Michelle Bega, a family spokeswoman. She did not specify a cause.

Mimieux (usually pronounced meem-YUH) was the starlet of the moment in 1960 playing opposite Rod Taylor in “The Time Machine,” based on H.G. Wells’ classic 1895 novel. 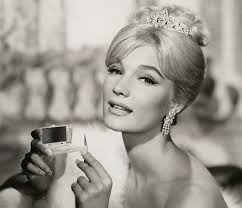 The Los Angeles native passed away ‘peacefully’ in her sleep of natural causes on Monday, family publicist Michelle Bega shared with People on Tuesday.

The actress had the title role in a number of hit films including The Time Machine, The Black Hole and The Light In The Piazza.

She also received several Golden Globe nominations: her first was in 1960 when she was named Most Promising Female Newcomer for her work in Platinum High School. 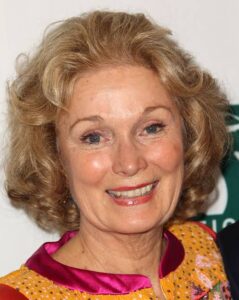 The star had a high profile personal life as well: she was wed to Hollywood director Stanley Donen, who was at the helm of the hit films Singin’ In The Rain and Charade. They were married from 1972 to 1985.

Yvette Mimieux grew up in Los Angeles to parents René Mimieux, who was French, and Maria Montemayor, who was Mexican.

As a teenager she was told by a talent agent that she had the looks to make it as an actress.

She had a model figure and long flaxen hair with big blue eyes and a charming smile, started her career in the late 1950s with television shows Yancy Derringer and One Step Beyond. 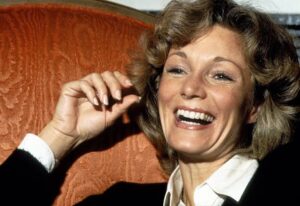 Mimieux made a pilot in 1976 for a TV sitcom based on Bell, Book And Candle, a 1958 film which starred Kim Novak and James Stewart, but it did not make it to the small screen.

The Black Hole from 1979 was another successful film for Mimieux. She starred as scientist Kate McCrae in the Disney science fiction movie with Anthony Perkins and Maximilian Schell.

That same year Yvette Mimieux retired from Hollywood to travel and try out other careers. 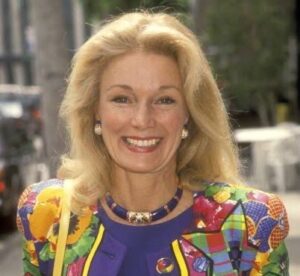 Mimieux was married three times, first to Evan Harland Engber in 1959 before later divorcing. She went on to wed director Donen from 1972 to 1985.

One year later, the 5ft4in actress married Howard F. Ruby, who survives her.

Thumbs up to every woman who is living her dreams -Kate…