Amanda Gorman has opened up about preparing for her history-making performance at Joe Biden‘s inauguration in an essay for The New York Times, which was published on Thursday.

While Gorman, 23, gave a powerful and inspiring performance of her poem, “The Hill We Climb,” in front of hundreds of high-profile public figures and millions of viewers nationwide, the days before her groundbreaking poem recital were filled with fear for a multitude of reasons — and she almost declined the honor altogether. 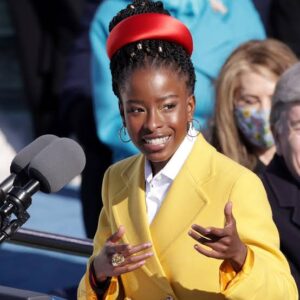 “Just a few weeks before, domestic terrorists assaulted the U.S. Capitol, the very steps where I would recite,” she wrote. “I didn’t know then that I’d become famous, but I did know at the inauguration I was going to become highly visible — which is a very dangerous thing to be in America, especially if you’re Black and outspoken and have no Secret Service.”

Amanda Gorman continued: “It didn’t help that I was getting DMs from friends telling me not-so-jokingly to buy a bulletproof vest. My mom had us crouch in our living room so that she could practice shielding my body from bullets.” 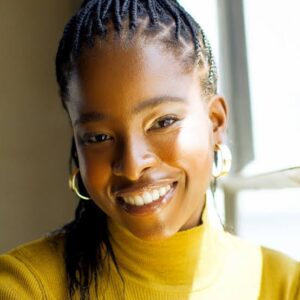 The Harvard graduate went on to write that after going back and forth on whether or not to perform, one of her biggest worries of pulling out of the inauguration was that she’d “spend the rest of my life wondering what this poem could have achieved.”

“On that Jan. 20, what I found waiting beyond my fear was every person who searched beyond their own fears to find space for hope in their lives,” the activist — who is the youngest inaugural poet in U.S. history — wrote, later adding, “So do not fear your fear. Own it. Free it.” 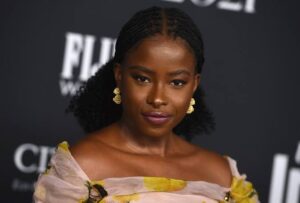 Amanda Gorman was born on March 7, 1998, Los Angeles, California, U.S. She is an American poet and activist known for works that address Black identity, feminism, marginalization, and climate change.

Gorman was the first person to be named National Youth Poet Laureate. She published the poetry book The One for Whom Food Is Not Enough in 2015.

She gained international fame when she read her poem “The Hill We Climb” at the 2021 inauguration of U.S. Pres. Joe Biden.

Hayden Panettiere Says Daughter Kaya Is ‘Safe and Not…

3 Nigerian women who are testifying about MMM goodness