Dionne Warwick is opening up about the unconventional way she met legendary actor Sidney Poitier, who died on Jan. 6 at the age of 94.

During an appearance on The Late Show with Stephen Colbert on Thursday, the 81-year-old singer — and queen of Twitter — told the story of how she caught Poitier’s attention in the 1960s. 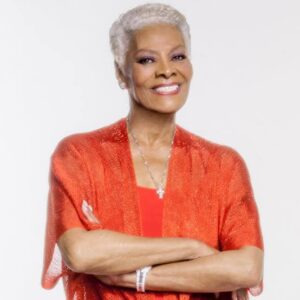 “Actually, I stalked him!” Warwick told the late night talk show host, which resulted in an uproar of laughter from the audience.

“I’m guessing you’re not the only woman who did that,” Stephen Colbert responded, to which Warwick smiled and replied, “I guess not!”

“I was coming out of a recording studio on 54th Street, and the [music] group came around the corner. And in front of me was walking this regal, gorgeous man, and I broke rank. I left my girls and I started following him,” Dionne Warwick said with a laugh.

“I did. I actually stopped him,” Warwick replied, adding that her “stalking” took place around 1964 or 1965. “Right at the corner, right here, at the corner of 54th and Broadway, he stopped. And you know, there are no shops on Broadway between 54th and 53 Street, and I’m looking in the air, acting stupid.” 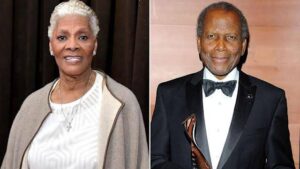 “I actually bumped into him,” she continued. “He turned around and he says, ‘Little girl. What do you want?’ And of course, I went crazy. My mouth didn’t work. And finally, I said, ‘Can I have your autograph?’ And from that day till the last time I saw him, which is a year or so ago, he did not greet me as, ‘Hi, Dionne.’ It was, ‘Hello little girl, would you like my autograph?’ ”

Upon hearing the news of Poitier’s death, Warwick tweeted a snippet of what she told Colbert about her relationship with the Academy Award-winning actor, who was the first Black man to take home an Oscar for Best Actor for his role in the 1963 film Lilies of the Field.

Naomi Osaka knocked out of the Australian Open

5 women with disabilities who made history

Lizzo Goes Bare-Bodied On Instagram To Tease New Song About…