Katie Price could face jail time after she was arrested on Saturday on suspicion of breaching a restraining order.

Police were called to the former glamour model’s home in Sussex on Friday after unconfirmed reports claimed the 43-year-old sent a message to her ex-husband, Kieran Hayler, and his fiancee, Michelle Penticost.

A spokeswoman for Sussex Police said: “At 5:45 pm on Friday (21 January) police responded to a report that a suspect had breached their restraining order. 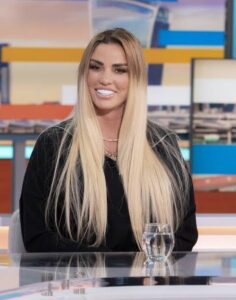 Later on Saturday, Katie Price was seen being driven out of Worthing Police station by her fiancé Carl Woods.

“Officers arrested a woman in her 40s who has been released under investigation while inquiries continue.”

Price was banned from contacting Ms Penticost in 2019 under the terms of a five-year restraining order.

She was fined hundreds of pounds for a foul-mouthed “tirade of abuse” at her during a row in a school playground.

In December, Price was handed a 16-week suspended sentence and a two-year driving ban for drink-driving without insurance, while she was disqualified. 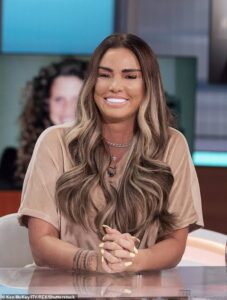 She was driving to visit a friend in Sussex when the crash happened at about 6:20 am on 28 September.

Katie Price was born on 22 May 1978. She is an English media personality, model and businesswoman.

She initially gained recognition in 1996 for her glamour modelling work with frequent appearances on Page 3 in British tabloids The Sun and The Daily Star, billed as the pseudonym Jordan. 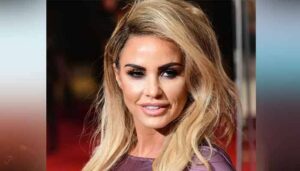 Katie Price was the only child of Ray and Amy Infield (née Charlier). Her father left the family when she was four and in 1988 her mother married builder Paul Price, after which she acquired his surname.

She has an older half-brother named Daniel and a younger half-sister named Sophie. She is of Italian, Spanish, English and Jewish descent. Price’s maternal grandmother was Jewish, but she is not religious.

Why Women Have an Increased Risk for Anxiety

10 reasons to leave a relationship

BBNaija: People are getting who they like flowers but Saga…