Dolly Parton Reveals How She Keeps Her Marriage ‘Spicy’

Dolly Parton is sharing how she keeps her 55-year marriage to Carl Thomas Dean fresh. She keeps things spicy by dressing up for her husband.

“Every day, I put on some makeup and fix my hair because I think, ‘Well, the whole world, I’m out here and everybody else sees me all dressed up, and I’m not going to just kind of go home and just flop on him.’ ” 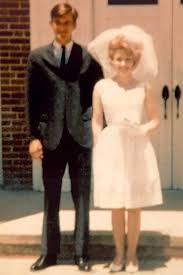 She added, “Nobody wants to make out with a slouch!”

Parton, 76, also looked back on her 1978 Playboy cover, which she said Dean “always loved.” She revamped the bunny eared outfit for his 79th birthday in July.

“I thought, ‘Well, I’ll just go surprise my husband and just cook breakfast for him in my bunny suit,’ ” said Parton. “He got a kick out of it, and evidently a few other people did, too!” 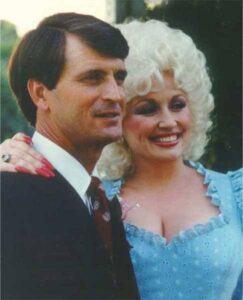 “I’m a messy cooker, and he’s good about cleaning up for me and keeping the stuff cleaned up around me,” she said. “But sometimes I don’t want anybody around, so I’ll just say, ‘Why don’t you go to the den, I’ll clean this up later or you can help me later.’ ”

Country music legend Dolly Parton has been married to Carl Dean for more than 55 years — though the public has hardly seen him at all in that time. 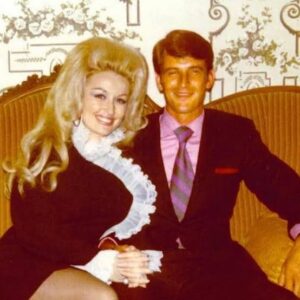 Dolly Parton and Dean helped raise several of Dolly’s younger siblings in Nashville, with her nieces and nephews referring to her as ‘Aunt Granny‘, which became the name to one of the singer’s Dollywood restaurants. The couple have no children of their own, but Dolly is the godmother of singer Miley Cyrus.

“I have a tendency to have keloid scar tissue, and I have a tendency where if I have any kind of scars anywhere then they kind of have a purple tinge that I can never get rid of,” Dolly said. “So [my tattoos] are all pastels, what few that I have, and they’re meant to cover some scars.” This is why Dolly Parton wears gloves.

As of 2022, Dolly Parton’s net worth is $600 million. She is an American singer, songwriter, record producer, actress, and businesswoman from Tennessee.

5 Signs That Shows Your Partner Is Marriage Material

‘Don’t look at social media for a…

Woman Narrates How Her ‘Yahoo’ Son Tried To…

From online love to happily ever after