Hailey Bieber has opened up about her new skin care brand, Rhode, which she has been working on for the past two and a half years.

“My role in the brand is the Creative of Everything, putting together the packaging and the colors and the aesthetic,” Bieber, who appears on the cover of WSJ.Magazine‘s Spring Women’s Fashion issue — which hits newsstands Feb. 12 — told the outlet of her highly anticipated launch into the beauty space. 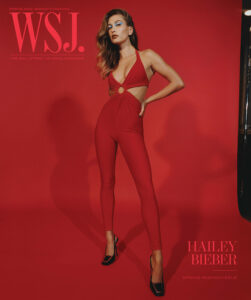 “The whole ethos of my brand is access to really good quality products that are really affordable,” the 25-year-old model continued, adding that consumers shouldn’t have to shell out loads of cash in order to achieve a dewy, “glazed donut” complexion – something that Bieber has become famous for in the beauty sphere.

Hailey Bieber added: “I just don’t see why a $200 cream has to be the answer to good skin.”

Jen Atkin, renowned celebrity hairstylist who founded the hair care company Oaui and boasts an impressive list of clientele including Chrissy Teigen, Bella Hadid and Gigi as well as Kendall and Kylie Jenner– had nothing but praise for the former Drop the Mic host and her ambitious journey into the beauty industry. 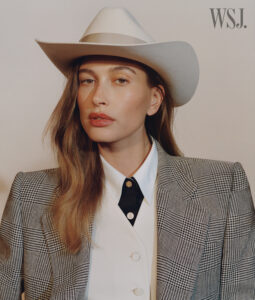 “As she’s been working on the brand, what’s been really exciting is to see her do so much due diligence,” Atkin – who is someone Bieber greatly admires – told the outlet. “She is very confident in her decisions…. And also, who better than her with that skin?”

In addition to talking about Rhode, Bieber took a moment during her interview to honor the late fashion industry visionary, Virgil Abloh, who designed her off-the-shoulder dress for her and husband Justin’s Bluffington, South Carolina wedding in 2019.

Abloh, 41, died in November last year after a two-year battle with a rare form of cancer. 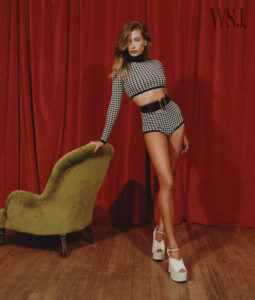 “He was somebody I felt was really rooting for me in an industry where that’s really hard to find,” she said, tearing up, according to the profile.

“The legacy that he’s leaving behind, it speaks for itself in terms of the way he made people feel…. And I think that showed in his clothing, in all of his work, and his creativity.”

Hailey Bieber is an American model, media personality, and socialite. She has been featured in major ads for Guess, Ralph Lauren, and Tommy Hilfiger.

Bieber is a daughter of Stephen Baldwin, niece of Alec, Daniel and William Baldwin, and her maternal grandfather is the Brazilian artist Eumir Deodato.

Olympian Allyson Felix Teams Up with Mejuri for Empowering International…

Newlywed Brazilian singer MC Kevin fell to his death from a…

Kevin Samuels’ Cause Of Death Revealed And It Is Ironic

Cameron Diaz says husband Benji taught her to value herself…