Shane McMahon ‘out of’ WWE after rumors of Royal Rumble backlash

Shane McMahon rumors are swirling after apparent he apparently drew heat backstage at the Royal Rumble in St. Louis.

Dave Meltzer of the Wrestling Observer Newsletter reported Wednesday that the son of WWE Chairman Vince McMahon is “out” of WWE.

The website Ringside News first reported that McMahon, the 52-year-old son of WWE’s CEO and biggest shareholder Vince McMahon, was “quietly let go” by the company after rubbing producers and wrestlers the wrong way at the Royal Rumble. 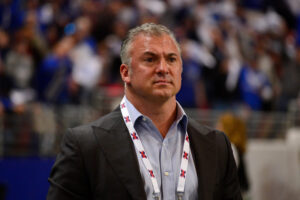 McMahon, 52, appeared in the Rumble match, making it to the final three. It was his first in ring appearance since WrestleMania 37 in April 2021 where he faced off against Braun Strowman in a cage match in one of the featured bouts of the event. Strowman was released from his WWE contract this past June.

McMahon also served several backstage roles, including in executive and production capacities. He is a former European, tag team and hardcore champion within the promotion. 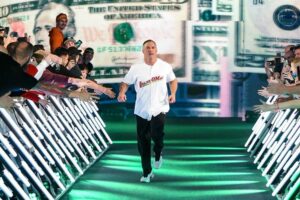 Shane made his return to WWE in 2016 after a seven-year hiatus from the company and faced The Undertaker at WrestleMania 32.

Shane has had many memorable matches and moments on The Grandest Stage of Them All, but it looks as though he may not have the opportunity to add to them at WrestleMania 38 in Arlington, Texas.

He was not operating in an executive role at the time of his release and was considered in ring talent with plans for his inclusion at the upcoming Elimination Chamber and WrestleMania 38 events.

Men should start a family before they turn 35 to avoid…