The model, 25, wished her boyfriend, Marc Kalman, a happy Valentine’s Day with some throwback photos of their blossoming romance on her Instagram Story. “To my bestie in a Tessie,” Hadid wrote with one photo. 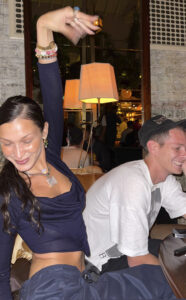 She called Kalman, 33, her “fave dinner date,” posting snaps of the two of them canoodling at home with wine, taking a walk through the countryside, enjoying nights out and hugging in front of a bathroom mirror.

Hadid has mostly kept their relationship discreet since they went Instagram official in July, when she posted a PDA-filled photo. “Time of my life. Healthy, Working and Loved,” she said at the time.

The Kin Euphorics founder was previously spotted out to dinner in New York City with Kalman, an art director who’s worked with Travis Scott, according to his website. They secretly dated for a year before that, according to Page Six. 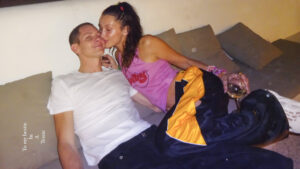 Last month, Hadid opened up about some of her past relationships on Victoria’s Secret‘s VS Voices podcast.

“I constantly went back to men — and also women — that had abused me and that’s where the people pleasing came in,” she said. “I started not having boundaries, not only sexually, physically, emotionally, but then it went into my workspace.” 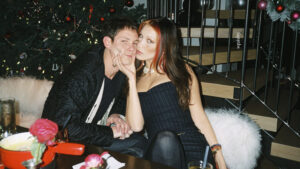 ‘I Couldn’t Pay My Rent’: Mary J. Blige Reveals She Had to Go on Tour to Pay Alimony Following Divorce

5 Signs That Shows Your Partner Is Marriage Material