”Celebrity Big Brother 2022” contestant Todrick Hall had a bone to pick with the show after he finished in second place, deciding not to grant any interviews following Wednesday night’s season 3 finale.

Hall canceled all interviews about his experience on “Celebrity Big Brother” after a near-unanimous loss in the season 3 finale, according to several entertainment reporters.

It is standard for contestants to conduct “exit interviews” with members of the press after their time on the show ends. 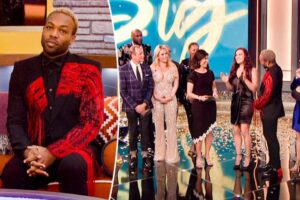 All other contestants, including season 3 winner Miesha Tate, third-place finisher Cynthia Bailey and houseguests who were previously evicted, participated in interviews as planned over the past month.

Hall’s representative did not immediately respond to comment when asked by Page Six why he canceled his interviews and if he plans to reschedule them.

Hall finished in second place after receiving one out of eight votes in the finale. During the finale, many of the former housemates who were comprised of the jury to decide the winner were not shy about making their feelings known about Hall. 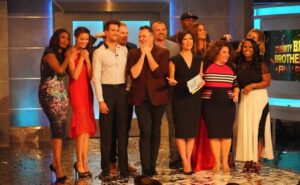 “One of your favorite movies is ‘Wizard of Oz,’ but you’ve forgotten that we can see behind the curtain, so I’m going to choose the lesser of two evils,” Mellencamp said before casting her ballot for Tate.

“The one thing that this vote ensures is that I will not ever have to hear your voice again,” Moakler said.

“I hope you realize that playing this game and winning, it’s definitely [about] doing it a good way and not talking bad about people that are already gone,” Bridges added.

Hall was the subject of fan criticism throughout the season for some of his comments while inside the house. Although “Big Brother” episodes are just one hour long, there are “live feeds” on the internet in which fans can watch the contestants 24 hours a day.

10 ways being cheated on affects your next relationship

10 simple tips that will help you live a peaceful life

My husband is not a rapist declares Biodun Fatoyinbo’s…

You had sex with him, he didn’t use you