Actress Eniola Badmus has disclosed that she hates the pretentiousness of people when they hear about death from depression.

Recounting a personal experience and how she was accused of using her mental health as an excuse, the actress stated that that is why some people rarely talk about their mental health struggles.

“I hate the pretentiousness of people when they hear about death from depression and mental health related issues. Suddenly they start to care and be sympathetic. Woe betide most people that do that. 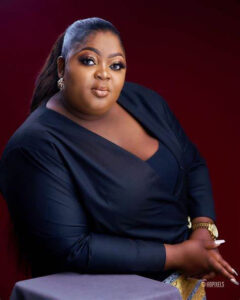 I remember speaking in confidence to a friend whose friend was supposedly helping me with some kind of work and things weren’t going her friend’sway.

Her friend had said to me I was using my mental health as an excuse and said to she don’t care what I was going through.

She had even gossiped about all I told her in confidence with her other friends and they mocked me for it. Which was fine but really that’s why people don’t speak about mental health struggles and seeking therapy and that typa shit. They think you

Deserve it because you must have done something wrong at some point in your life! Y’all is gross as shit! Moral lesson is people don’t care about your life struggles till you die. They’ll rather see you dead than help you as needed. 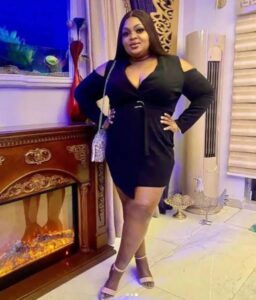 For everyone struggling with mental health illnesses. You’re not alone and you’ll be fine. Keep getting better and don’t let the stigmatization of mindless & empty headed people stop you from seeking help when you need it. Someone will be courageous enough to stand by you.”

Eniola Badmus is a Nigerian professional film actress, script writer, entertainer and a social media influencer. She came into limelight in year 2008 after she featured in the movie Jenifa.

The plus-size actress, whose amazing weight-loss transformation left fans and colleagues in awe, finally revealed she underwent gastric bypass surgery in Turkey. A Gastric bypass is a surgery that helps one lose weight by changing how the stomach and small intestine handle the food a person eat.

10 Causes of Cryptic Pregnancy Women Of All Ages Should Know