Kim Kardashian gained a victory in her divorce proceedings with Kanye West.

During a bifurcation hearing on Tuesday, the judge granted Kardashian’s request to be ruled legally single.

Kardashian, 41, appeared via video conference for the hearing, while West, 44, did not attend.

TMZ was the first to report on the news.

The ruling comes nearly three months after she asked the judge to change her marital status.

Their marriage originally landed in crisis at the height of West’s public outbursts in 2020 after he launched a controversial bid for president of the United States and divulged deeply personal details about his family and marriage on the campaign trail and on Twitter.

At the time, Kardashian addressed his bipolar disorder diagnosis in a rare public statement, asking fans for “compassion” and acknowledging their “complicated and painful” situation. 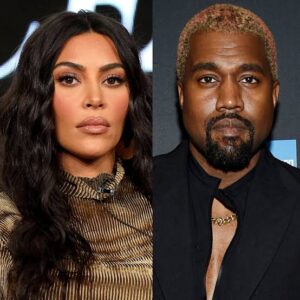 Then, Kardashian filed for divorce from West in February 2021 after nearly seven years of marriage.

Months later, in December, she requested to be declared legally single. She also asked to separate issues of child custody and property from her marital status and to have her maiden name restored.

In recent court documents, filed on Feb. 23, Kardashian said, “I very much desire to be divorced. I have asked Kanye to keep our divorce private, but he has not done so. Kanye has been putting a lot of misinformation regarding our private family matters and co-parenting on social media which has created emotional distress.”

“I believe that the court terminating our marital status will help Kanye to accept that our marital relationship is over and to move forward on a better path which will assist us in peacefully co-parenting our children.”

It’s not too late for you to make it

As Sri Lanka’s leader agrees to step down, protesters…

Nigerian men hate it when a woman is empowered and…