Twenty-three-time Grand Slam champion Serena Williams had a few words for the New York Times this week after the publication released an article about her venture capital fund business using a photo of her sister, Venus.

The article was in celebration of the tennis player’s company, Serena Ventures, that raised an inaugural fund of $111 million to help empower diverse and underrepresented entrepreneurs with the capital to scale companies that will impact and disrupt the world of business.

Williams slammed the New York Times for the major oversight on Twitter, writing:

“No matter how far we come, we get reminded that it’s not enough. This is why I raised $111M for @serenaventures. To support the founders who are overlooked by engrained systems woefully unaware of their biases. Because even I am overlooked. You can do better, @nytimes.” 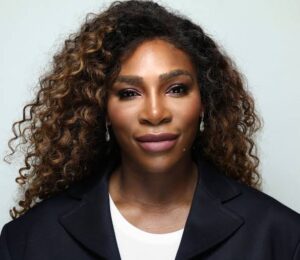 In an attempt to clean up on aisle six, the New York Times quickly addressed the hiccup in the comment section, noting that while the incorrect photo was used in the print version of the story, the image was updated for the online version.

“This was our mistake. It was due to an error when selecting photos for the print edition, and it did not appear online. A correction will appear in tomorrow’s paper,” the major news publication replied.

Over the last nine years, Serena Ventures has financially supported nearly 60 companies in its growing portfolio including fintech giants such as Propel and Cointracker, in addition to consumer product innovators like Daily Harvest and Master Class.

Inclusivity is a core value of the venture capital fund’s mission, with 76 percent of its portfolio representing women and Black burgeoning business owners.

In July 2021, Williams launched her fintech start-up Esusu, which gives renters the tools they need to improve their credit scores. The data solutions company allows people to report their rent payments to multiple credit bureaus in the hopes of tackling the credit “invisibility” issue that continues to impact Americans.

Failure to report credit data to the top agencies like Equifax, TransUnion and Experian, could be problematic for people looking to leverage their scores in order to purchase a home, take out a business loan or pursue their education.

We have been married for five years but my husband still…