Kelly Rowland is stepping up to be a mentor to young Black students. The four-time Grammy Award-winning singer, songwriter, actress, and television executive producer is one of the celebrities participating in the Disney Dreamers Academy where she will be a mentor for young Black high school students.

“Mentorship is an experience I treasure, and the opportunity to invest my time into these students is incredible,” Rowland said. “I’m excited to work with them and watch how they grow throughout the program.”

The Disney Dreamers Academy is now in its 15th year and has been making a difference in the lives of underrepresented youth since its inception.

Rowland will be an ambassador for the Academy during the event on March 3-6 at Walt Disney World Resort. The event looks to broaden career awareness and create unique opportunities for 100 Black high school students and teens from underrepresented communities. 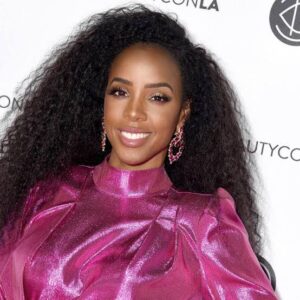 The program is set to provide a variety of new experiences to students, such as sessions teaching leadership skills, effective communication techniques, and networking strategies.

Also, the students who are selected for the Disney Dreamers Academy will get an opportunity to dive into in-depth career workshops in multiple areas aligned with their aspirations.

The workshops give the Disney Dreamers a chance to expand their views of diverse career paths within business, entertainment, and sciences, and it also helps them become aware of career opportunities within The Walt Disney Company.

Kelly Rowland will look to use her influence and share personal stories with the students about her experiences as a young teen star when she was a member of Destiny’s Child. 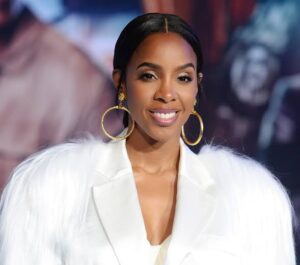 Hopefully, Rowland’s experiences as a pre-teen star and adolescent celebrity will give her a unique insight that will be able to help these students dream big.

The famous singer will be joined at the event by other celebrities and community leaders, business executives, and educators including fashion designer Kerby Jean-Raymond, gospel artist Kierra Sheard, R&B recording artist Mali Music, actress Faithe Herman of the NBC drama series “This Is Us” and actress Demi Singleton, who played tennis star Serena Williams in the Oscar-nominated film “King Richard” and starred in Disney’s The Lion King on Broadway, along with other notable names.

The need to direct and encourage Black talent is as important as it’s ever been.

Rowland and the others who will dedicate their time to inspiring these under represented children will hopefully become a light that will allow these students to reach for the stars in whatever profession they chose to go after.

Why I prefer dating married men