WWE legend Triple H is opening up about his future in the ring, insisting he’ll never wrestle again because of a heart condition that nearly killed him, and now requires him to have a defibrillator in his chest.

We haven’t seen the 52-year-old wrestle in years — and it was rumored that his wrestling days were over following his cardiac incident late last year.

In an emotional interview with ESPN’s Stephen A. Smith, Triple H confirmed that he’s retiring from in-ring activity after suffering a cardiac event last year.

In fact, Triple H’s (aka “The Game”) last televised match came in 2019 … where he was defeated by Randy Orton in Saudi Arabia.

“There’s moments there where, when [the doctors are] putting you out for stuff, and you think, ‘Is this it? Do you wake up from this?’ That’s tough to swallow,” said Triple H, choking up. 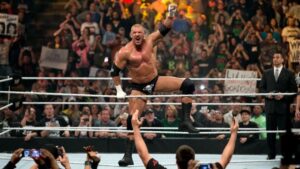 The wrestler, whose real name is Paul Michael Levesque, told Smith that he first contracted viral pneumonia and began to cough up blood, prompting him to seek medical attention.

Doctors found fluid around his lungs and heart, and informed him that he was experiencing heart failure and needed to get to an emergency room immediately, he said.

“I was nosediving, and sort of at the 1-yard-line of … where you don’t wanna be for your family and your future,” he said.

Triple H underwent a successful procedure at Yale New Haven Hospital following his cardiac event, which WWE said in September had been “caused by a genetic issue.” At the time, WWE added that Triple H was expected to make a full recovery.

When asked about his future in wrestling for ESPN’s interview, Triple H didn’t mince words. 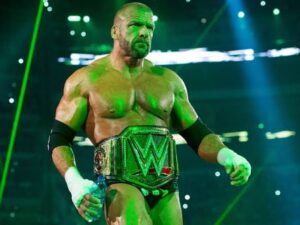 He also said he now has a defibrillator in his chest, and it was “probably not a good idea to get zapped on live TV.”

He is also the creator and executive producer of the WWE brand NXT. His full interview with Smith is scheduled to air Friday night on “Stephen A’s World.”

Paul Michael Levesque is an American business executive, actor, and retired professional wrestler, better known by the ring name Triple H. He is currently serving as the executive vice president of WWE. He is also executive producer of the NXT brand.

If you put a low value on yourself, don’t expect…

Mum jailed after leaving her toddler to starve to death…