Rihanna’s status in the billionaires club just got its first highlight in Forbes‘ annual roundup of billionaires — those with a ten-figure net worth.

At 34-years-old, the multi-hyphenate and expectant mother is one of 33 women out of 236 new billionaires added to Forbes‘ 36th annual list. Rihanna is also one of the 11 newly-added billionaires who are self-made.

Out of the total 2,668 billionaires accounted for on the list this year, RiRi is in the company of the roundup’s 327 total women.

Proudly hailing from Barbados, the “Love on the Brain” singer is the world’s first billionaire with Bajan roots.

Rihanna’s net worth is estimated at 1.7 billion, and her wealth is ranked at number 1,739 out of the 2,668 wealthy individuals. 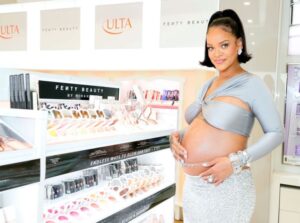 As one of the world’s biggest pop stars, Rihanna’s journey into becoming a mogul came in part through the widespread success of Fenty Beauty (which includes Fenty Skin) and her lingerie brand Savage X Fenty.

RiRi holds stakes in both companies, and the businesses have contributed to the majority of the star’s wealth.

The singer’s global influence also includes her work as a philanthropist.

The following month, the singer’s visit to the West Los Angeles Veterans Affairs center where she went to donate supplies and necessities made headlines.

Goodness Nwachukwu sets 2 World Records to win Gold at the…

Ladies, don’t donate your womb for any man to use as…

Single Mom of 4 Severely Burned by Bonfire While on Vacation…