It was announced on May 11 that Osaka is starting her own sporting agency, EVOLVE, with agent Stuart Duguid.

The 24-year-old athlete decided not to renew her contract with global sports and talent management agency IMG late last year.

“I’ve spent my career doing things my way, even when people told me that it wasn’t what was expected or traditional,” Osaka penned in an email to Sportico.

“Evolve is the natural next step in my journey as both an athlete and businesswoman, as well as a way to continue being myself and doing things my way.”

“I strongly believe in the power athletes have to use our platforms to drive meaningful business,” the four-time Glam-Slam champion additionally told the outlet. 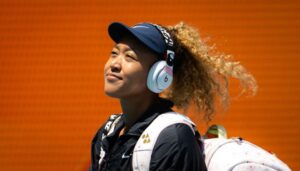 Both Osaka and Duguid hold equity stakes in their new agency and currently have no outside investors.

On Osaka’s part, the move makes her the first female athlete to take complete control over her business endeavors and attempt to build an agency.

The athlete also has her own skincare line, KINLO, and holds equity in companies including Sweetgreen, Hyperice, Autograph and others.

Osaka’s dedication to non-conforming to an industry that doesn’t work for her while still being a power house with that system is inspiring.

Naomi Osaka is a Japanese professional tennis player. She has been ranked No. 1 by the Women’s Tennis Association and is the first Asian player to hold the top ranking in singles. She is a four-time Grand Slam singles champion. Her seven titles on the WTA Tour also include two at the Premier Mandatory level.