The Vampire Diaries was just one chapter in life for Kat Graham, who explained over the weekend why she has no plans to revisit Bonnie Bennett any time soon.

“I mean, eight years, you know eight years of my life, I feel like I spent more time as a character than I spent as myself,” she told Entertainment Tonight at iHeartRadio Wango Tango.

“I feel like I gave that show, and hopefully the fans that watch it, eight years of my life and poured so much into it and sacrificed a lot of time with my family, even time doing work with the UN Refugee Agency, doing my activism. So much of that has to get put on hold when you’re on a 22-episode series for eight years,” said Graham, 32.

She continued, “So as grateful [as I am] — and I mean grateful, because I grew from that show, I became who I really am in my twenties from that show — for me, yeah, the door is closed.” 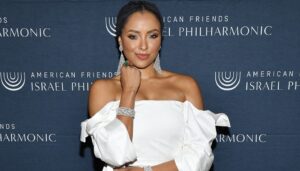 For now, Graham is exploring other passions, including her music, activism and future acting roles — such as the five movies she has coming out this year.

In 2021, Kat Graham shared a similar sentiment when asked about the possibility of a reunion.

“I feel like I’ve learned my lessons from that show,” she told PEOPLE.  “Eight years, if you can’t get what you need out of a character in eight years… So I don’t think so. I don’t feel it, you know? I’m a soul person. I don’t feel that that’s my path.”

What some Nigerian men believe women should do to keep their…

Nigerian woman fired from her job for bleaching her skin

10 health benefits of corn women should be enjoying

Kelly Rowland Was ‘So Mad’ When She Learned Ciara’s Song…