When a woman throws a man out of their matrimonial home, she’s humiliating him

These Nigerian men wailing on social media don’t know how ridiculous they sound with all their triggered posts about Funke Akindele’s crashed marriage. They don’t know how they are exposing themselves for real.

I hope sensible Nigerian women are reading their posts and comments and taking notes. These same men who believe that they can treat women anyhow because they have money are now crying that one woman did the same thing they have been doing to women for ages to one man.

I hope young ladies are seeing how deceptive and insincere Nigerian men are. I hope ladies won’t allow these men deceive them with giving up their dreams, jobs, businesses and money making ventures because of marriage. 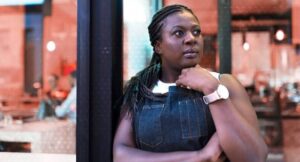 I hope young ladies are seeing how these men generally perceive women  and who they should be. I hope ladies now understand that the only thing these men care about is controlling women and keeping them in line.

It is funny that Nigerian men are afraid of being treated the same way they treat women yet they don’t want to change. When they throw women out of their matrimonial homes, they call it being a man but when a woman returns the favour, they call it humiliation.

For ages, women have been thrown out on the streets with their children by men when their marriage ends. Sometimes, these women even contributed to building the houses they are denied access into yet there has been no outrage from men like the one I have witnessed today.