Chrissy Teigen Reveals She Had an Abortion To Save Her Life

Chrissy Teigen confessed Thursday that the miscarriage she said she had two years ago was actually an abortion — which came as a surprise to her.

Teigen and husband John Legend had revealed that in September 2020 they lost their son Jack at 20 weeks as a result of a pregnancy complication. At the time, they said it was a miscarriage.

Speaking at social impact agency Propper Daley’s “A Day of Unreasonable Conversation” summit, which was held Thursday, Teigen said the revelation that it was in fact an abortion came as a shock to her.

“Two years ago, when I was pregnant with Jack, John and my third child, I had to make a lot of difficult and heartbreaking decisions. It became very clear around halfway through that he would not survive, and that I wouldn’t either without any medical intervention,” she said. 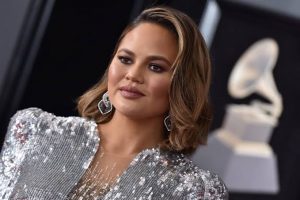 Teigen, who shares Luna, 6, and Miles, 4, with Legend and is currently pregnant, noted she had great medical care and loving friends and family supporting her.

She was also grateful for strangers who showed their support after the couple went public with the news.

She went on to discuss her miscarriage, before stopping herself. “Let’s just call it what it was: It was an abortion,” the star said. “An abortion to save my life for a baby that had absolutely no chance. And to be honest, I never, ever put that together until, actually, a few months ago.”

Chrissy Teigen said she came to the realization after the Supreme Court overturned Roe v. Wade earlier this summer. She expressed to Legend that she felt sympathy toward people who have an abortion and the circumstances they had to go through and the emotional decision “they” had to make, when Legend made her realize that she was in fact one of those people.

Teigen was doing a talk called “We Made That Choice.” The invite-only event — produced in collaboration with culture change agency Invisible Hand.

Mom Arrested And Charged In Drowning Deaths Of Her 3 Children

Nick Cannon Welcomes Baby No. 10, His Third with Brittany Bell

Mariah Carey being sued over holiday hit ‘All I Want…

“I do not believe in building with a man” Former…

5 dating advice for women who have survived sexual assault