Beyoncé is a true superstar. The 28-time Grammy winner has been inducted into the Guinness World Records Hall Of Fame.

According to Rolling Stone, she has broken records for being the “first act to debut at number one with their first six studio albums” and for having the “highest annual earnings for a female singer.”

Queen Bey also broke records on social media. She is at the top of Guinness’ list for having the “most current Twitter engagements (retweets) for a female musician.”

She and hubby Jay Z also hold the Guinness title for “highest earning couple in Hollywood ever.”

Even though she broke the record for having her first six studio albums debut at number one, that entry will soon change. Her latest album, Renaissance, debuted at no. 1 on the Billboard chart as well. 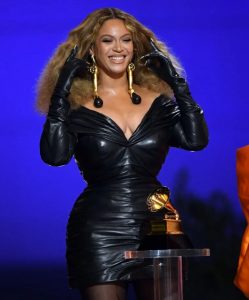 According to Luminate, the 16-track effort sold 32,000 equivalent album units, which includes 179 million streams and 190,000 copies sold as complete packages.

After Renaissance’s release, she was featured on the Isley Brothers’ remake of their 1975 hit “Make Me Say It Again,” Girl.” Ronald Isley told Billboard that when he began working on this next album, getting Beyoncé on wax was the at the top of the list.

“I’d met and talked to Beyoncé when she was just getting started with Destiny’s Child. When we began recording our new album out here [Los Angeles] last year, the idea of working with Beyoncé was one of the first things I thought about. She worked on this just about the whole last year in between recording her own album, doing her vocals for this while she was in the Hamptons.”

This announcement comes just a few weeks after the “Break My Soul” singer celebrated her 41st birthday. For her B-day bash, she hosted a Boogie Nights themed party.

Mom Arrested And Charged In Drowning Deaths Of Her 3 Children

10 Positive Affirmations For The Month Of September

Cicely Tyson To Be Honoured With Renaming Of E. 101st Street In Harlem