The Wisconsin news anchor who took her own life last month sent one last chilling text to her fiancé before she shot herself in the home they had bought one month earlier, according to a report.

WAOW anchor Neena Pacholke killed herself on Aug. 27, just 90 minutes after buying a handgun and ammunition, according to a police report obtained by the Daily Mail.

The 27-year-old died by suicide just six weeks before she was supposed to tie the knot to Kyle Haase, 38, in Mexico.

She allegedly found women’s underwear in the home that she shared with Haase.

In a heartbreaking final text seen by DailyMail.com, Pacholke told her fiancé: “I love you Kyle. I always have and always will,” she texted him, according to the outlet. “Despite how much you ruined me, I always had hope. I’m so sorry to do this to you but I can’t handle any of this pain anymore.” 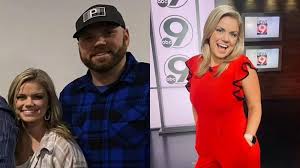 Haase, 38, had reportedly broken up with Neena Pacholke seven weeks before their wedding, the Daily Mail reported.

He was traveling to Minnesota to visit his mother with his children from a previous relationship when he received the alarming text.

In a message to her friend, Pacholke claimed Haase would feel “a million bucks” once she was “out of his life”.

Her text read, “He [Kyle] told me he hates me and will feel like a million bucks once I am out of his life.”

Cops dashed to the home after her friend said Pacholke was making suicidal comments.

Officers heard a noise after arriving and found the journalist with a gunshot wound in the head.

Pacholke had bought a gun from a store around 90 minutes before the shooting, police revealed.

The reporter and Haase reportedly had a fight in July when he allegedly kicked her out of his rental home.

Neena Pacholke rented a U-Haul for her possessions and stayed at a hotel for three days until the two reconciled, DailyMail reported.

Nick Cannon Welcomes Baby No. 10, His Third with Brittany Bell

My boyfriend is angry with me for serving his parents pizza…