A 2-year-old girl was left with her mother’s corpse in a Kentucky apartment for three days, according to officials.

She apparently had a “mother’s hunch” that her daughter was not doing well and unfortunately her anxiety became reality when she found the grisly scene at her daughter’s apartment.

Gonzalez had a gunshot wound to her head. Michelle’s granddaughter was found next to her mother’s dead body, seemingly unharmed and taken care of.

The child was clean and dry and there were no potty accidents anywhere in the house. It appeared as if someone was taking care of the child during that time. 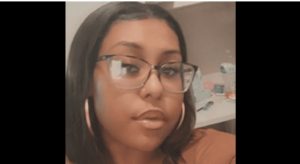 The petrified woman is now left with more questions than answers as she tries to find out why her daughter was killed in such a manner and who killed her.

“My question is, how could you take care of my granddaughter and not call the police when you had seen the mother was dead?”

No arrests have been made and police have not disclosed a suspect or motive in the case. “She had a good heart, and she definitely didn’t deserve what happened to her,” Stone said.

In another horrific incident, the remains of a mother and her son have been discovered inside a sofa almost a week after they vanished.

On August 6, local law enforcement officials reportedly found the bodies of Joicimeire Conde Cardoso and her eight-year-old child, João, stuffed inside the abandoned sofa in the west of Goias, which is nearly 120 miles from Brasilia, the capital of Brazil.

10 things you should know about women in Kenya