Tia Mowry shared the sad news with her Instagram followers earlier this afternoon in a heartfelt post that featured a candid throwback photo of the two.

“I have always been honest with my fans, and today is no different. I wanted to share that Cory and I have decided to go our separate ways,” Mowry’s statement read in part.

The two had been dating since 2000 and married eight years later, on April 20, 2008, in Santa Barbara, California, at the Four Seasons Resort the Biltmore, as previously reported by PEOPLE.

“These decisions are never easy, and not without sadness. We will maintain a friendship as we co-parent our beautiful children,” wrote the former Sister, Sister star. 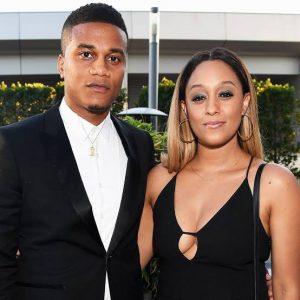 Mowry continued: “I am grateful for all the happy times we had together and want to thank my friends, family and fans for your love and support as we start this new chapter moving forward in our lives.”

Many of Mowry’s fans and friends took to the comments to show the actress some love and offer her support during the difficult time.

TV personality and fellow foodie Daphne Oz (daughter of popular talk show host Mehmet Oz) was also one of the first to comfort her friend, “Sending your family so much love, Tia ❤️❤️❤️.”

Fans also shared some wise words with the actress.

“Sometimes couples grow apart, it happens. Just cherish & remember the good moments, but love and happiness is everything.Good luck to you both, yall [sic] made a great couple,” one wrote.

“I hate that it has to be this way but I wish you both the best on this new journey. ❤️,” said another.

Beatrice Ekweremadu and daughter appear in court as she…