An arrest warrant has been issued for a friend of Shanquella Robinson, a North Carolina woman, who died during her vacation with friends in Mexico.

Shanquella Robinson, 25, was found dead in a villa on October 29, roughly 24 hours after she arrived in Cabo San Lucas. The arrest warrant was issued on Wednesday, November 23, on charges of femicide.

Addressing the friend as a “direct aggressor”, prosecutor Daniel de la Rosa Anaya told ABC News, “This case is fully clarified, we even have a court order, there is an arrest warrant issued for the crime of femicide to the detriment of the victim and against an alleged perpetrator, a friend of her who is the direct aggressor. Actually it wasn’t a quarrel, but instead a direct aggression. We are carrying out all the pertinent procedures such as the Interpol alert and the request for extradition to the United States of America. It’s about two Americans, the victim and the culprit…”, the prosecutor added.

Robinson’s mother Salamondra Robinson expressed her relief at the arrest of the ‘friend’. “I feel so good, that’s a good feeling. That’s what we have been waiting for, for someone to finally be held accountable and arrested. I just can’t wait for justice to be served.” 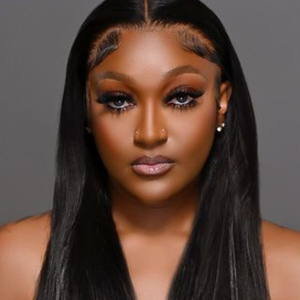 Shanquella’s mom, Salamondra, tells ABC News/@wsoctv: “I feel so good, that’s a good feeling. That’s what we have been waiting for, for someone to finally be held accountable and arrested. I just can’t wait for justice to be served.”

Michael Lettieri from Mexico, an expert in femicide, told ABC News that authorities are often required to open an investigation as femicide when a woman is killed in the country. It is from that point, the investigators further probe other reasons for killing which include any specific circumstances such as domestic violence or any other reasons due to her gender.

The investigators initially considered the case as alcohol poisoning but the autopsy report showed Robinson died of a broken spine and atlas luxation.

Furthermore, it was a video that surfaced showing her being be@ten by a woman that led to further probing of the death as a homicide.

Meanwhile, Robinson’s father Bernard told TMZ that it hurt him to watch the video especially as others were lazily watching as his only child was attacked and he hopes that those responsible are apprehended and given a life sentence. He also feels that it was a setup to harm his daughter as Robinson’s friends back home would never have let it happen to her.

Four Single Moms Bought A House Together To Raise Their Kids

Liza Minnelli Makes a Surprise Appearance at 2022 Oscars to…